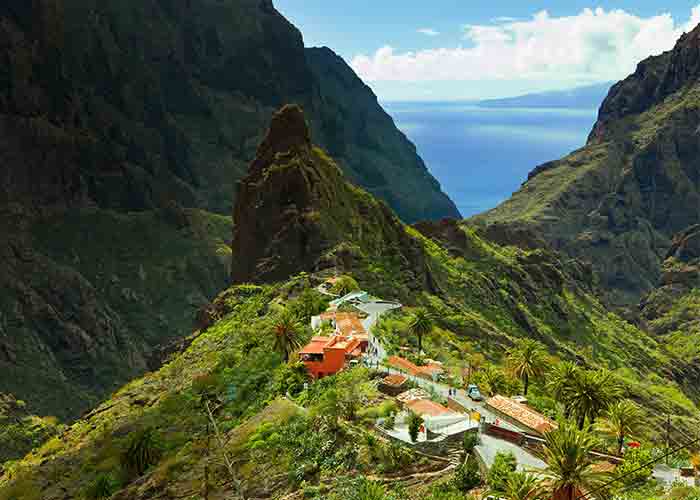 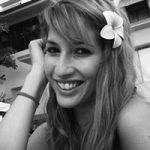 Sunshine, beaches and masses upon masses of tourists all vying for the same coveted spots poolside. This is the picture many people have in mind when they put the words ‘Spain’ and ‘Holiday’ together. Yet Spain is a huge country that is as diverse as it is beautiful and with a bit of insider knowledge a holiday here can mean something completely different. How about hidden cascades, picturesque villages and otherworldly rock formations instead of resorts overrun with lobster red tourists? Unknown Spain: These 10 places are genuine insider tips that are as yet unknown, even to the majority of Spaniards

Galicia is peppered with pockets of undiscovered Spain if you know where to look. The small town of Cedeira certainly belongs in this category and is a fantastic example of how beautiful authentic Spain can be. Located in the Rías Altas region with its fjord-like landscapes, you can even draw comparisons with Norway when casting your eyes out from the hills across the water. 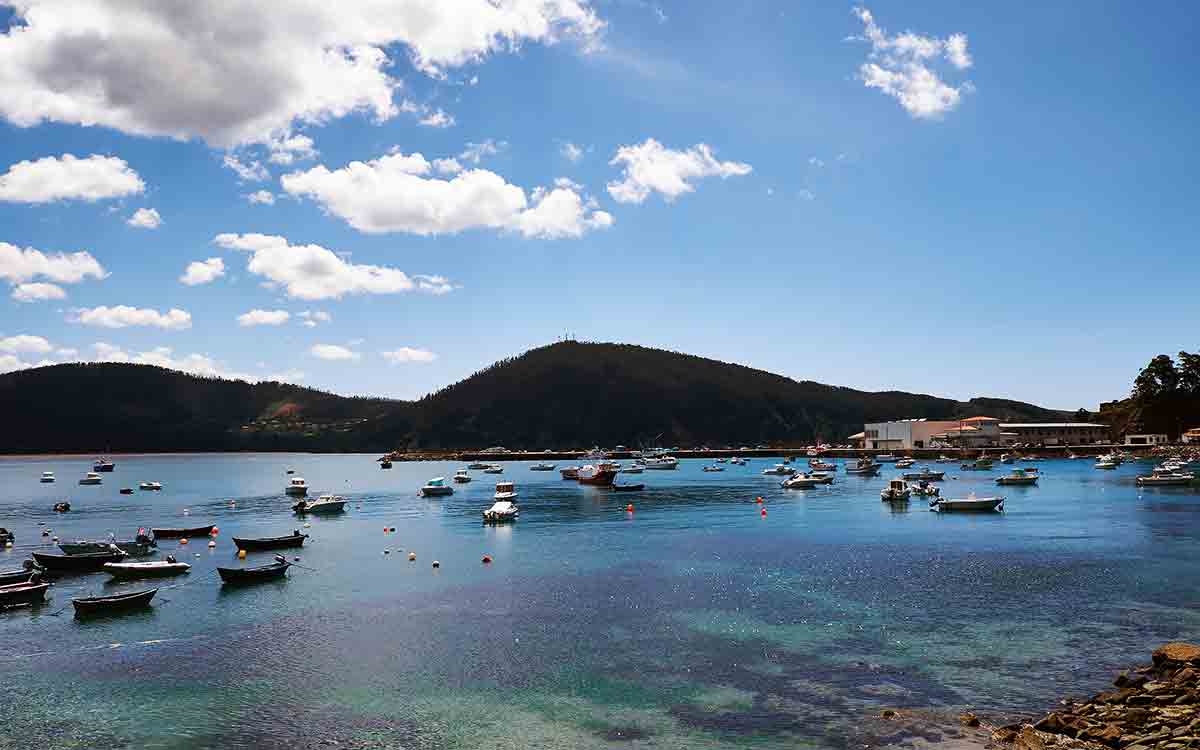 Accommodation in La Coruña from £16

Take a wander through the city and enjoy the typical Galician architecture,  beautiful old buildings with large window galleries, and then relax on one of the pristine beaches – up here in the North, you’ll have the place almost to yourself.

The Bardenas Reales Nature Reserve, found between Zaragoza and Pamplona, doesn’t fit with the picture most Brits have of Spain. A semi-desert, or badlands, with steep slopes, hills, gullies of clay, sand and limestone bordered by steppe-like landscapes. The unique terrain not only attracts hikers but also serves as a backdrop for various film and television productions. Game of … – well, you know. 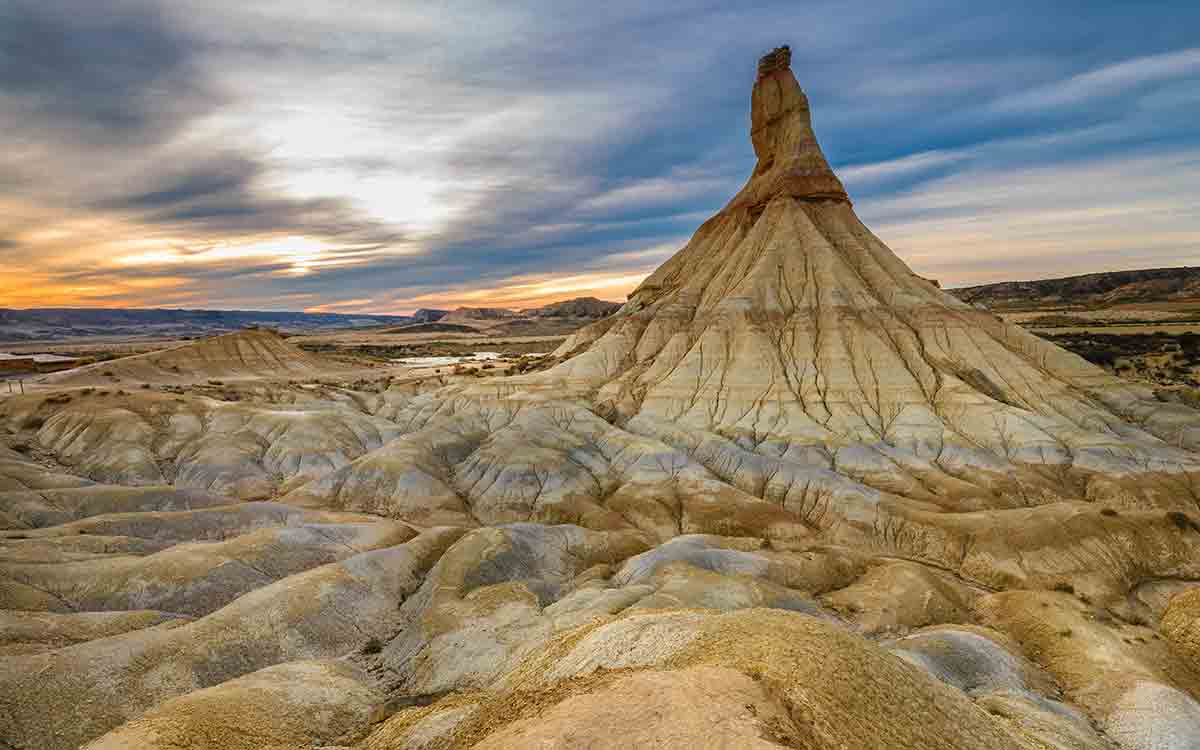 Accommodation in Castejón from £30

Do you wish you were so well travelled you could say “The South of Spain? I know it like the back of my hand!”? Then book yourself six days off, grab a friend, hire a car and hit the road! The Ultimate Spanish Roadtrip- the Southern Edition, can be found here.

Journey to the centre of the earth in Lago Azul, Burgos

This lake, with unbelievably turquoise waters in the Rudrón Valley north of Burgos, may seem small at first glance but is actually attached the biggest underwater cave in Spain. A real treat for all the intrepid explorers out there, the cave is nicknamed ‘Everest’ for a reason with parts of it still unmapped or even undiscovered. Naturally, you need a diving license to explore the underground wonder, but swimming the cool waters of the lake knowing what lies beneath you is still an incredible and humbling experience. 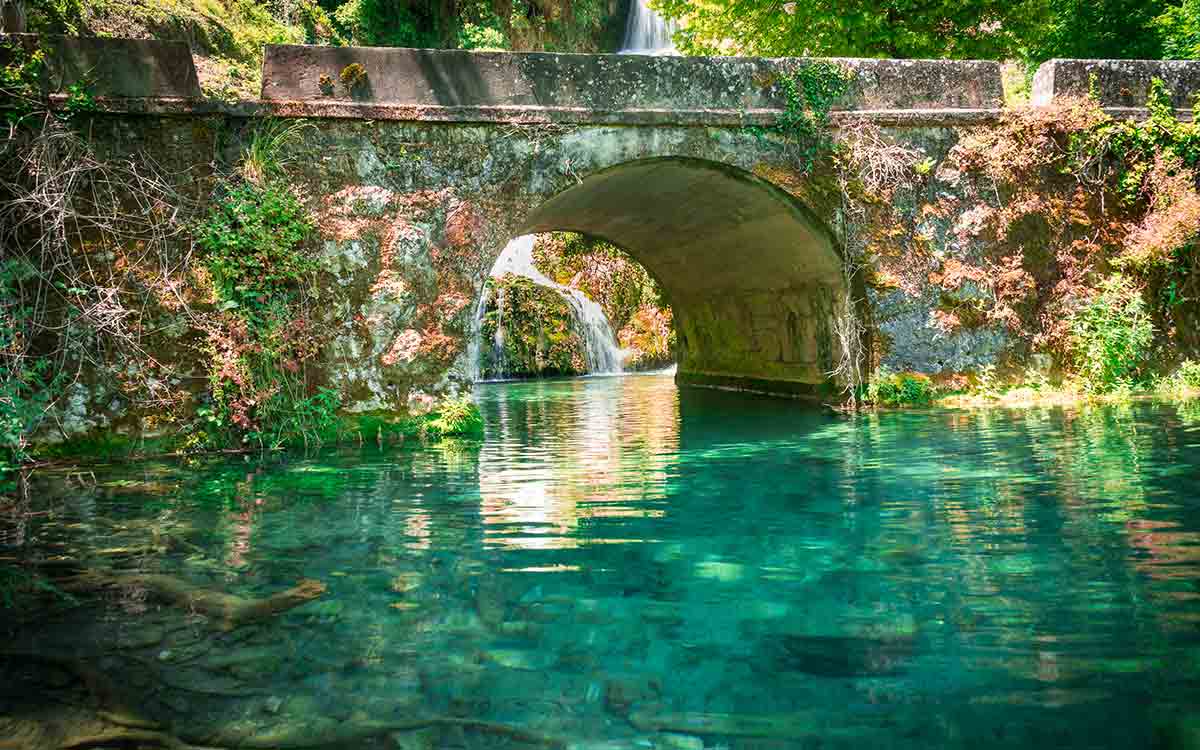 Accommodation in Burgos from £13

Battlements and Books in Urueña, Valladolid

About 50 kilometres west of Valladolid you’ll find a very special place that most visitors to Spain bypass without even knowing of its existence. Urueña is a village of approximately 200 people, surrounded by an almost entirely preserved city wall from the Middle Ages. An excursion through the streets of the town to the castle complex is a real journey into the past. 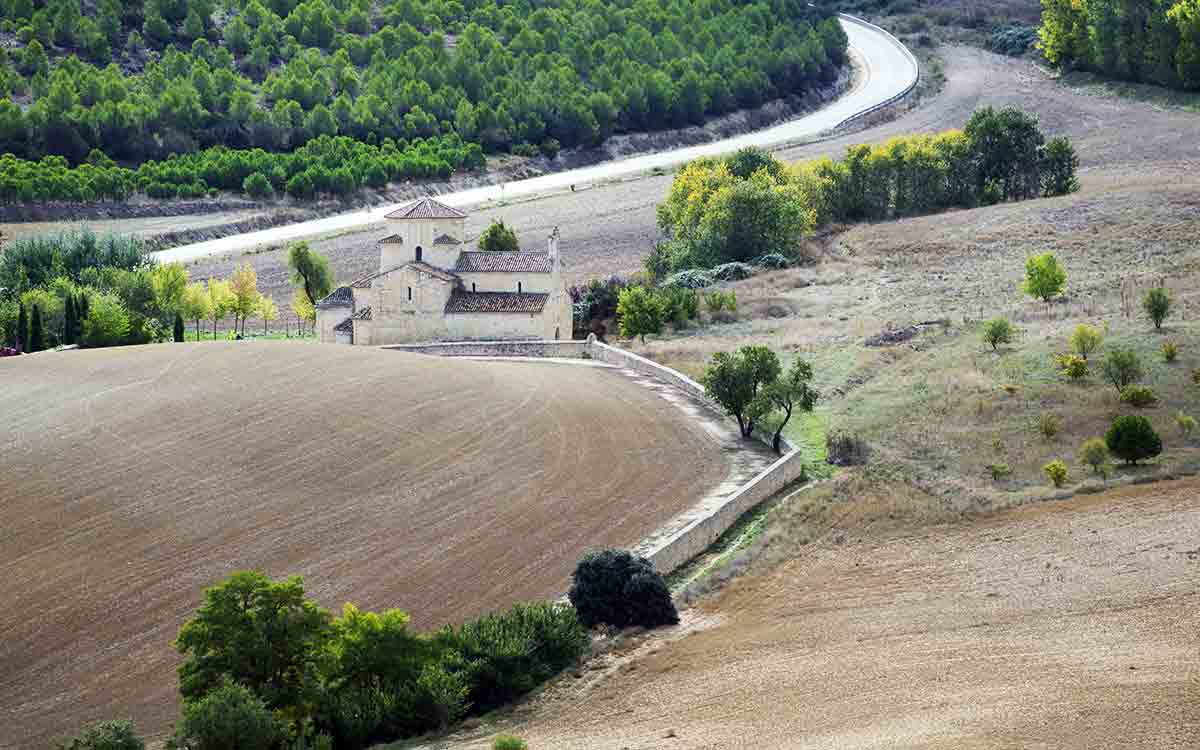 Accommodation in Valladolid from £19

In addition, Urueña is the first ‘Book Town’ in Spain; a concept that combines bookstores with a focus on rare, out of print or specialist books with historic villages or town helping to create a unique and sustainable form of tourism. While the majority of the books here are in Spanish, you can wander the 12 (yes, 12 bookstores and a population of 200) bookstores, breathing in that used book smell, perusing antique tomes with a glass of wine in hand or learning the science of bookbinding. Urueña’s charms are truly unique and you’ll leave feeling like you know a secret that only a few other people share.

Car hire in Madrid from £4 per day

Above the city of Alcalá la Real, in the south of the country between Jaén and Granada, is the Castillo de Alcalá la Real, and it’s here that you can experience Spanish history up close, free of crowds and queues. Around the imposing 14th-century church spire, you can still see the remains of the former Moorish city scattered amongst the decayed walls of the fortress; ruins built upon ruins built upon ruins. An amazing image that represents the medieval history of the country, starting with the Reconquest of Spain that took place way back in the 8th century. 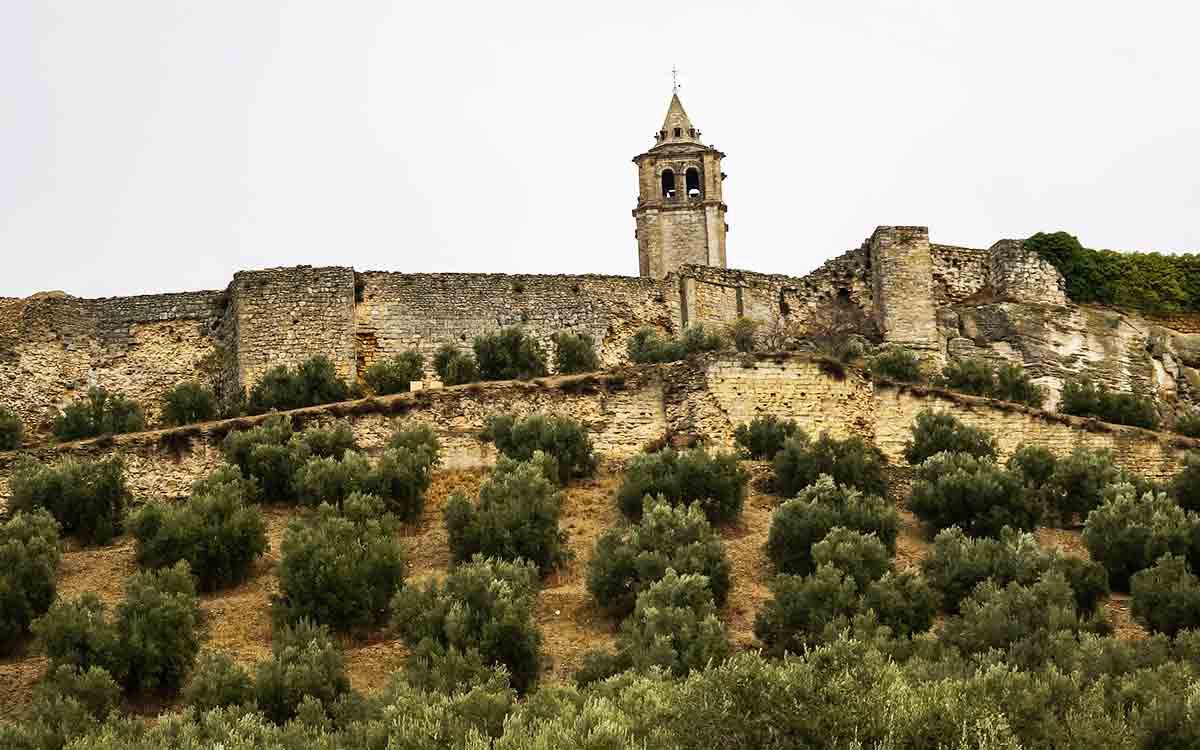 Accommodation in Granada from £9

The Costa del Azahar without the hustle and bustle: Islas Columbretes, Castellón

Unspoilt nature and pin-drop serenity (not counting the raucous din of the seabirds found here) on the Spanish Mediterranean coast. Not a chance, mate. Or so you’d think. Until you head to the cluster of islands, located off of the coast of Castellón de la Plana (north of Valencia), known as Columbretes. 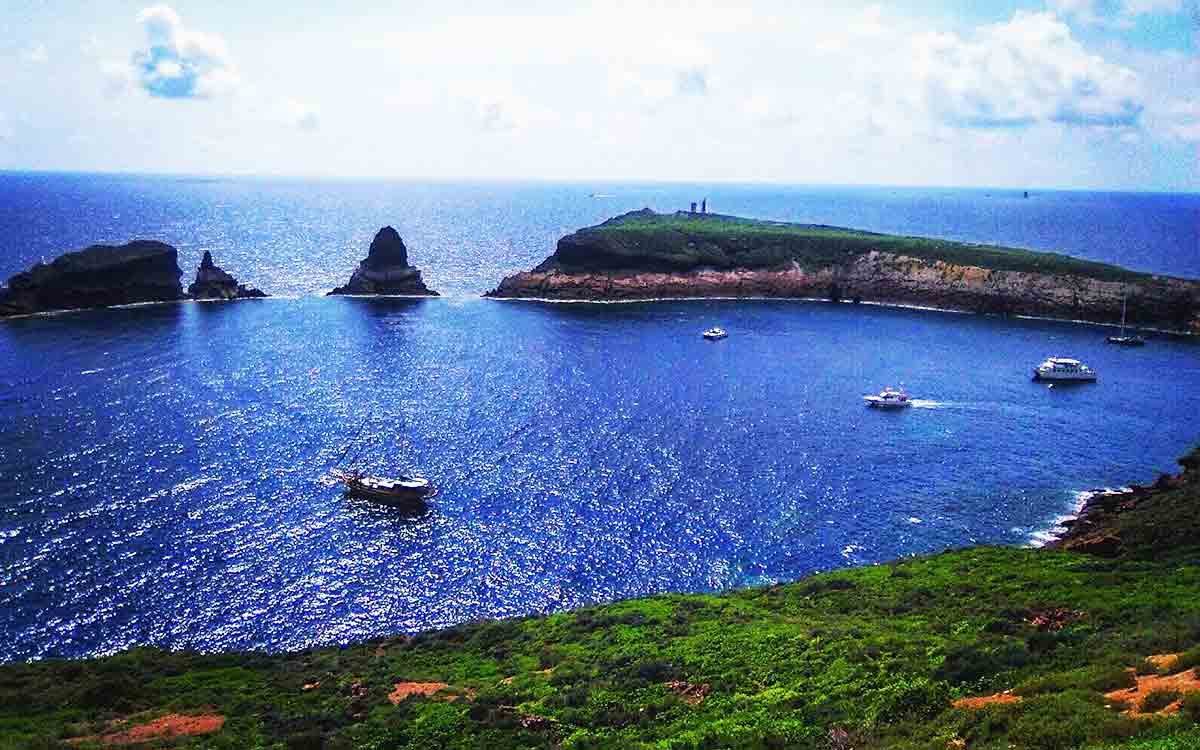 This uninhabited volcanic archipelago is a protected area, both on land and underwater, as well as being home to several endemic species of lizard the island is crucial to the recovery of some endangered bird species, Andouin’s Gulls in particular. Day trips are offered, either diving the surrounding waters or touring the island, perfect for an escape from the bustle of the Costa del Azahar.


Did you know that not only can you search for hotels, but you can also search for hostels, B & Bs, holiday homes and even apartments? Just click on Villas and get searching

At peace afloat in the Atlantic – El Hierro (Canary Islands)

In the north of the smallest of the Canary Islands – El Hierro – lies the extraordinary village of Pozo de las Calcosas. The houses here are built in an architectural style typical of the island, the structure is built from volcanic stone and the roofs are thatched with ryegrass. 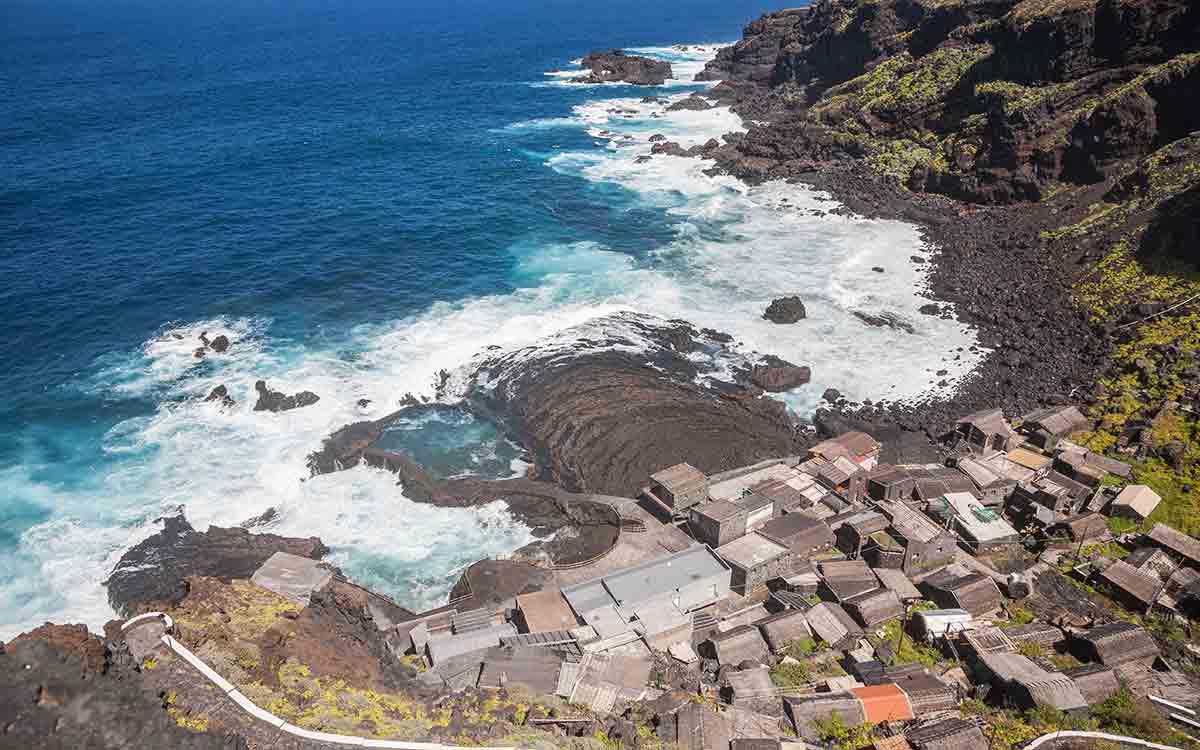 Accommodation in Tenerife from £16

After a meander through the narrow streets, you can’t help but stumble across the second attraction the village offers; the gorgeous natural water basin, where you can relax and let your troubles be washed away, right in the middle of the Atlantic Ocean.

A fairytale found off the beaten path: Spain in the Pyrenees – Lanuza

The small village of Lanuza looks like it comes straight from a childhood dream of a fairytale town. In the middle of the Pyrenees, on the banks of the reservoir of the same name, Lanuza sat uninhabited for decades after the inhabitants were forced to leave their homes after a dam was constructed close by. 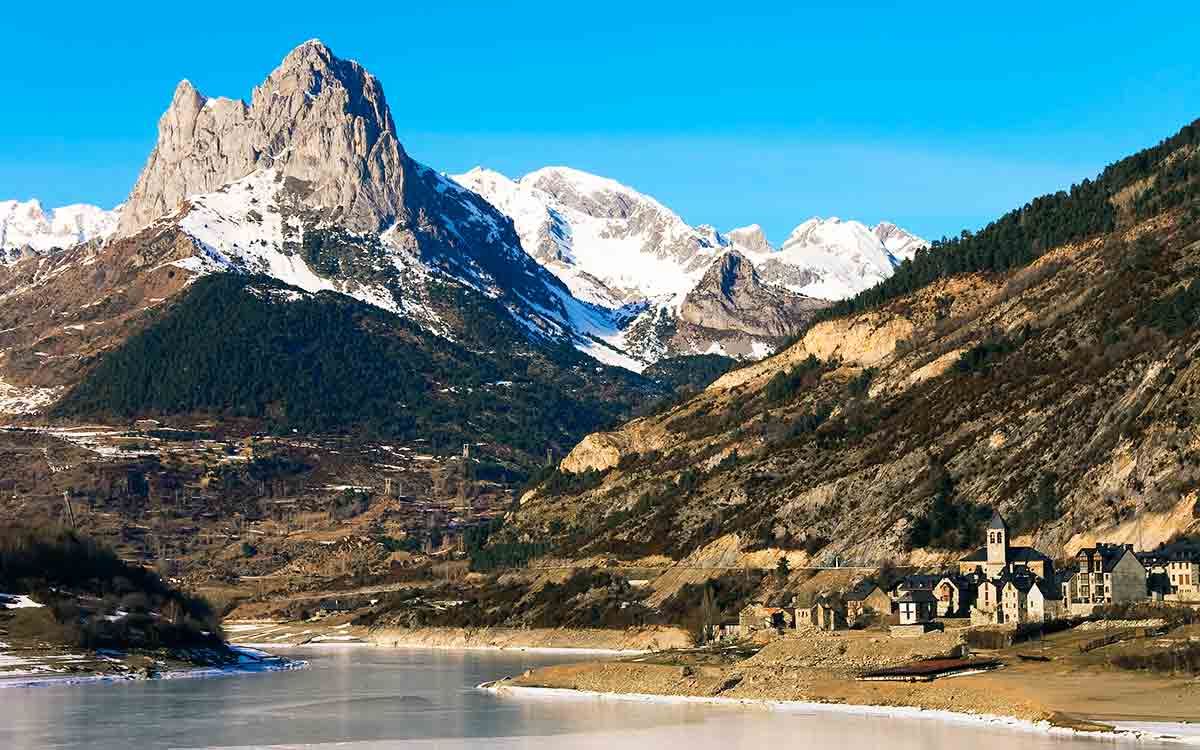 Accommodation in Huesca from £18

These days, the village is once again populated, but the dreamlike location and the beauty and tranquillity of Lanuza keep that fairytale feeling alive. If you are travelling in Northern Spain, you should make a detour.


With KAYAK Price Forecast, you’ll see if it’s worth holding off on booking that flight or if you should get it now. Want to track prices? Set a Price Alert to be notified when they change.

Masca – A pirates hideout on Tenerife

The village of Masca, high in the mountains of Tenerife, was, once upon a time, a popular refuge for pirates – today it is the starting point for all hikers and climbers seeking to conquer the island and face the descent through the bizarre volcanic landscape and down to the sea. 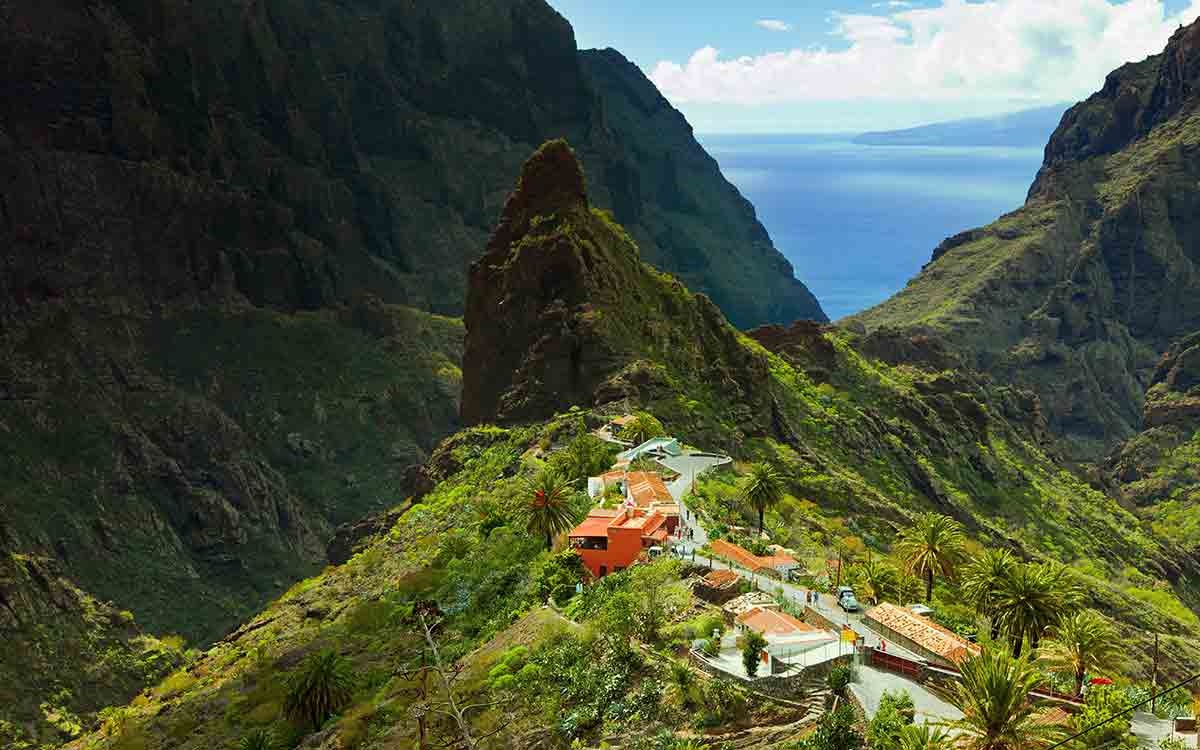 Accommodation in Los Cristianos from £15

Even if hiking ain’t your thing, you should navigate your way to Masca regardless (with a car hire it’s easy peasy, no stress). The panorama over the mountains and the sea are simply breathtaking.

Car hire from £4 per day

Lush nature, turquoise blue water and a waterfall borrowed from paradise – it may sound like a South Seas oasis, but it’s just two hours drive north of Barcelona. In the middle of the Garrotxa Volcano Natural Park, you’ll have the opportunity to recharge yourself in this heavenly pool after a hiking through the bizarrely-beautiful, crater-pocked landscape.

Accommodation in Girona from £19

Note: These rates are based on search queries made on KAYAK.co.uk on May 2nd, 2017. The prices are quoted in GBP. Flight prices are based on results for a return economy flight search. Hotel prices are for double occupancy and include taxes and fees. Prices are subject to change, may vary, or no longer be available. 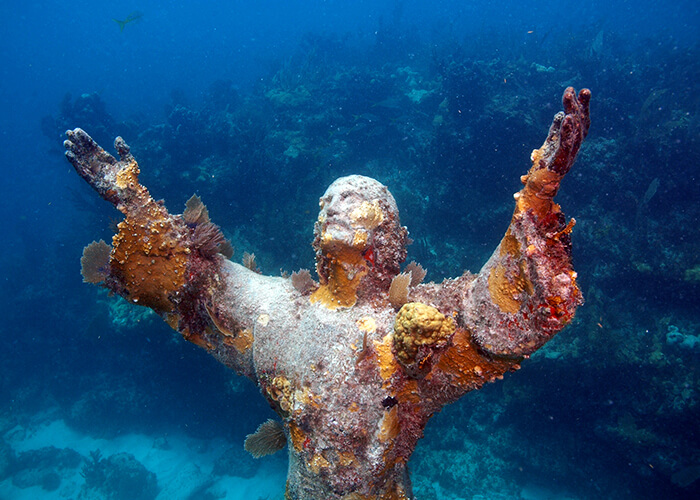 Italy off the beaten track: 11 incredible unknown places you have to see

Italy is a country well-known for its natural wonders, history, art and, of course, incredible cuisine; but this can be...
July 2, 2017 – Siel Garrone 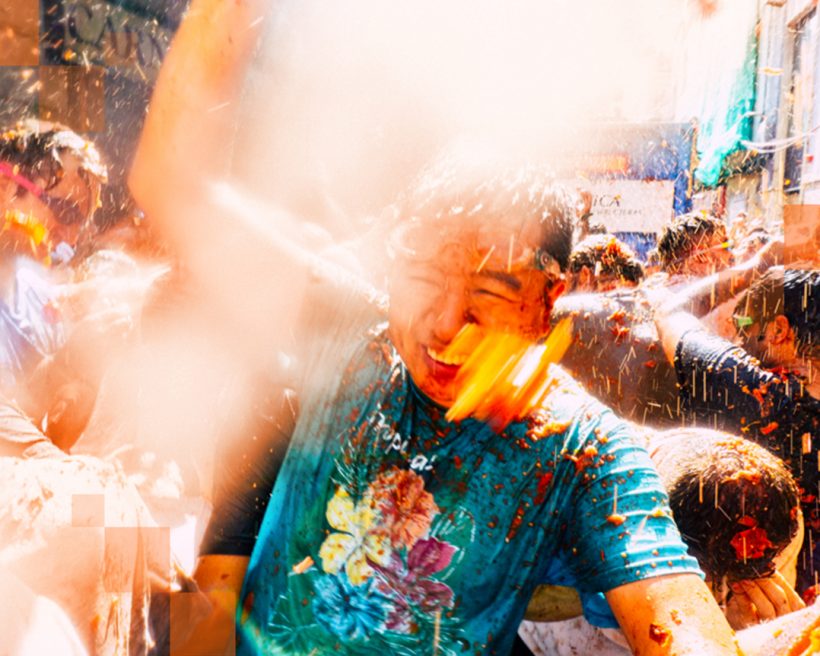 PHOTO STORY: Pictures from La Tomatina festival in Spain (and why you should go next year)

Take a look at the world’s biggest food fight, where several tonnes of tomatoes are thrown by revellers every year.
September 5, 2018 – KAYAK 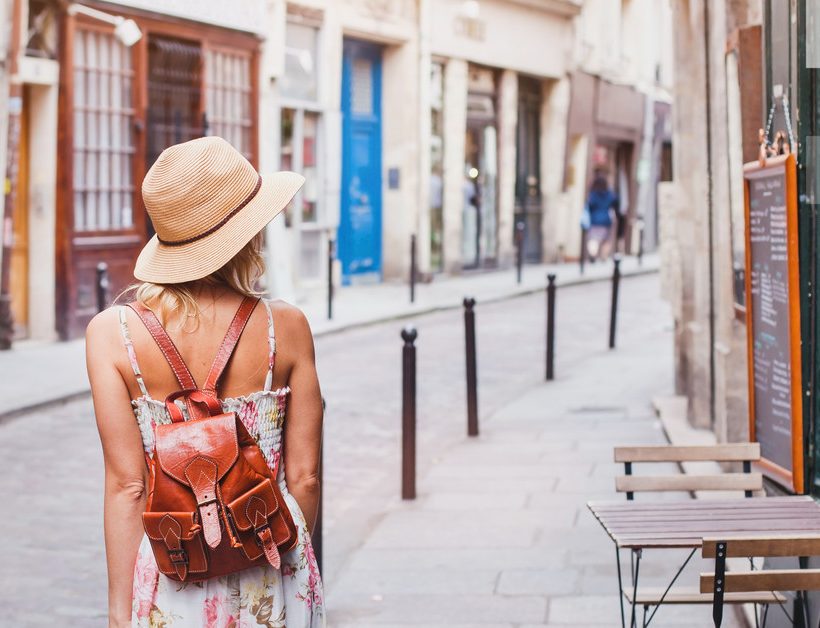 8 pro tips for travelling in Spain this summer

KAYAK Blog UK | Must See | 10 Unknown Spots In Spain – An Insiders Guide To Amazing Places Unknown Even To Most Spaniards
We use technical, analytical and marketing cookies to help you with things like logging in and picking up your search where you left off.
FacebookTwitterWhatsApp