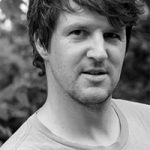 Away from the tourist pathways, Iceland’s imposing landscape, it is said, is almost indestructible, a frontier open to only the most intrepid of travellers. A place where you may think the notion of a road trip seems like nonsense. But you’d be wrong, thanks to Ring Road 1 – one of the coolest roads in Europe

As I open the van’s sliding door, the smell of rotten eggs hits my nose, hard. The sulphuric smoke that put-puts out of the island’s volcanoes seems as at home in Reykjavík as it is in the wild yonder. I’m standing in a parking lot, the sun just breaching the horizon, ready to embark on our journey.

We, my travel companion Ralf and I, are going to circumnavigate Iceland via The Ring Road 1; an 828-mile stretch of road that is at times a perfectly tarmacked highway and at times little more than a gravel lane. Oh, one more thing. We are only on a stopover in Iceland before flying on to the USA; so, we’re going to attempt to execute this crazy plan in just 48 hours.

But hey, we want to see as much of the world’s largest volcanic island as we possibly can in our limited time so the ring road, the golden circle, so to speak, is our best chance. And if our perfectly timed plan goes to the dogs, well then it’s pedal to the metal and a race back to the airport. 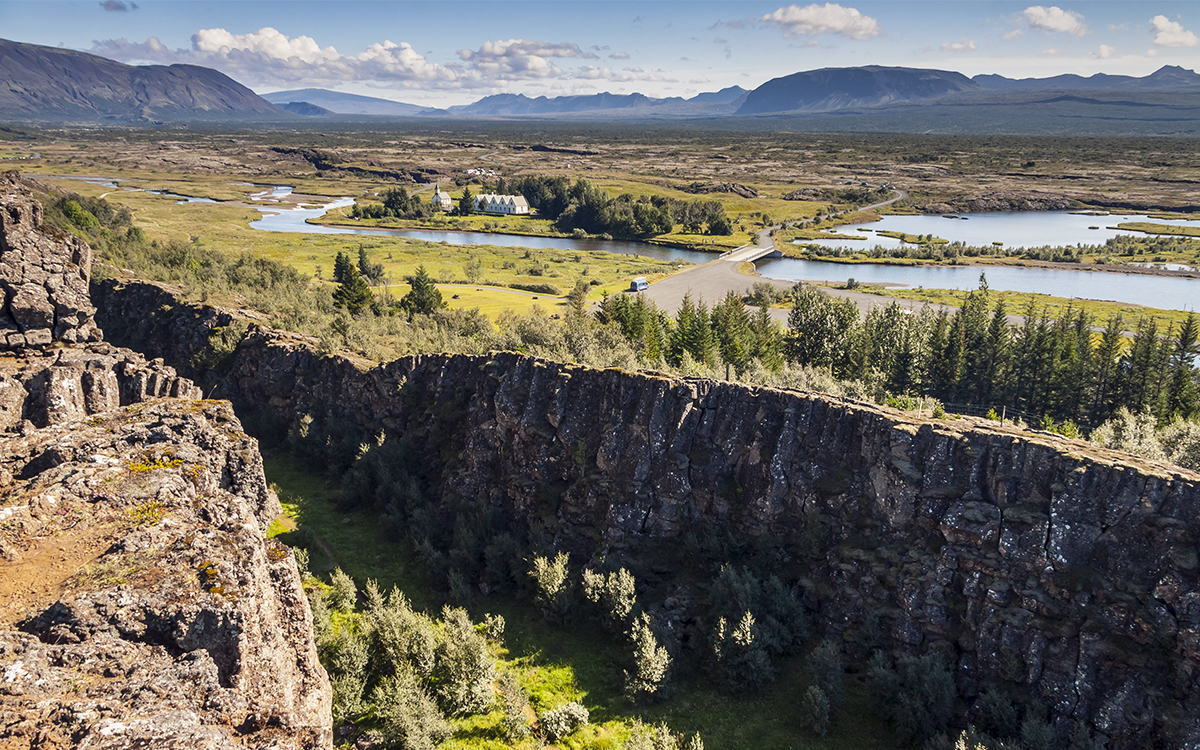 And so we hit the open road. First stop – Almannagjá. This imposing 8-mile long gorge is part of the North Atlantic Rift System and exists and the meeting place between the Eurasian and the American tectonic plates. Found in the Þingvellir National Park, the area is not only geologically interesting but also politically as the park was also home to Iceland’s first Parliament way back in the tenth century.

The next stop on our circuit is the Haukadalur Valley where the smell of sulphur smell is again as dramatic a Coro Street cliffhanger. We find ourselves in a stony valley, lichens and mosses creating a tapestry across the valley walls and floor, through which small streams carve out their way. It’s then that we hear the first fanfare, just five minutes walk from the parking lot. 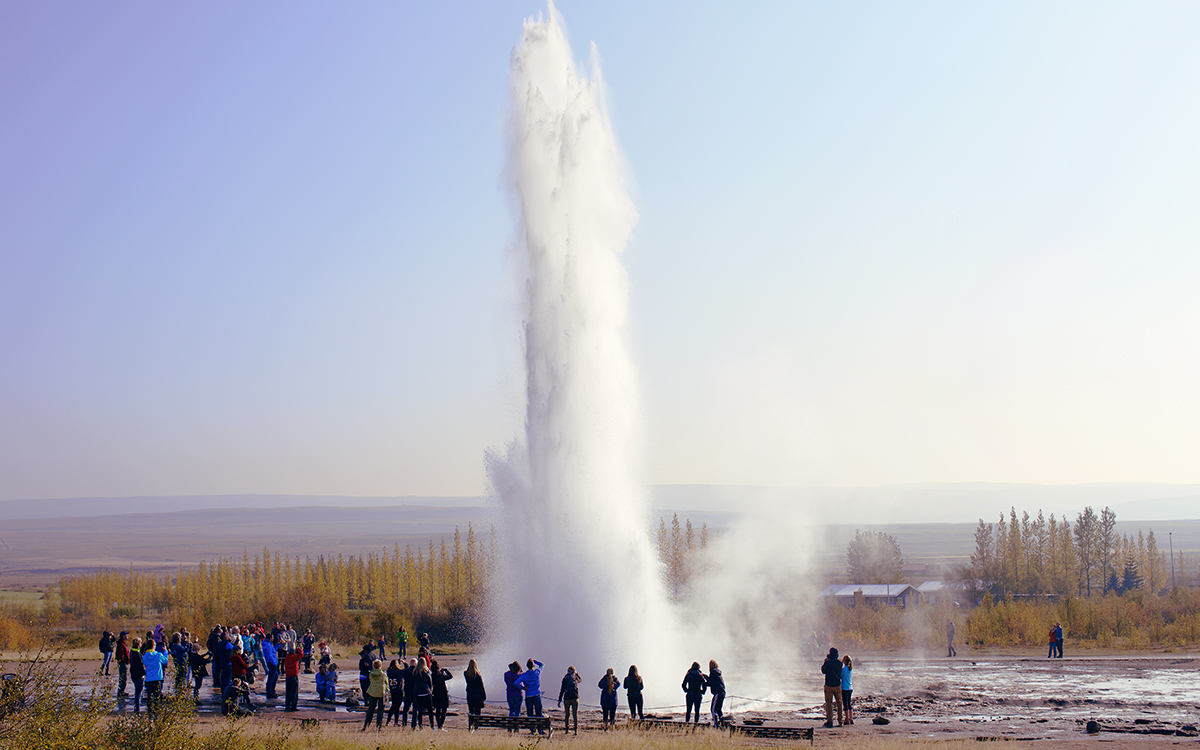 At the same time, a column of water column shoots into the air. Strokkur is the source of the aural explosion; the most active fountain geyser on the island, which regularly discharges a steaming stream of geothermal water at a height of 20 to 30 meters. 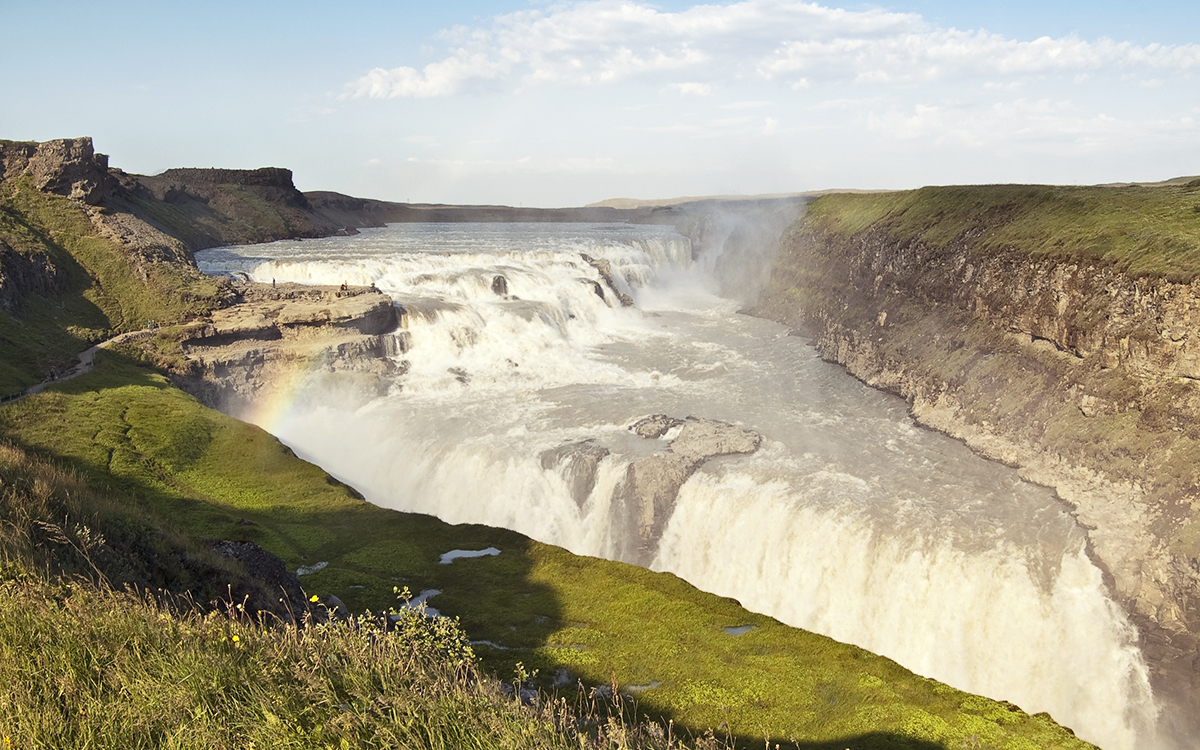 Another kind of aquatic mist awaits us Gullfoss, ‘The Golden Waterfall’ one of Iceland’s most impressive sights, is just five minutes away.

Flights from £43Accommodation from £15

As awestruck as we are by everything we have just seen it’s time to get back on the road. Passing the village of Selfoss we turn onto the Ring Road having elected to travel anti-clockwise and drive around the coast. It’s an 185-mile push but the humbling and otherworldly views of the rugged plains hold our attention the entire time making us feel like we’ve been travelling no time at all. It gets dark early, but the full moon plunges everything into an unreal, ethereal light. We finally pull over and park in the valley of a glacier where the moon’s illumination reaches it’s fullest effect. We turn off the lights, switch on the heater and go to sleep. 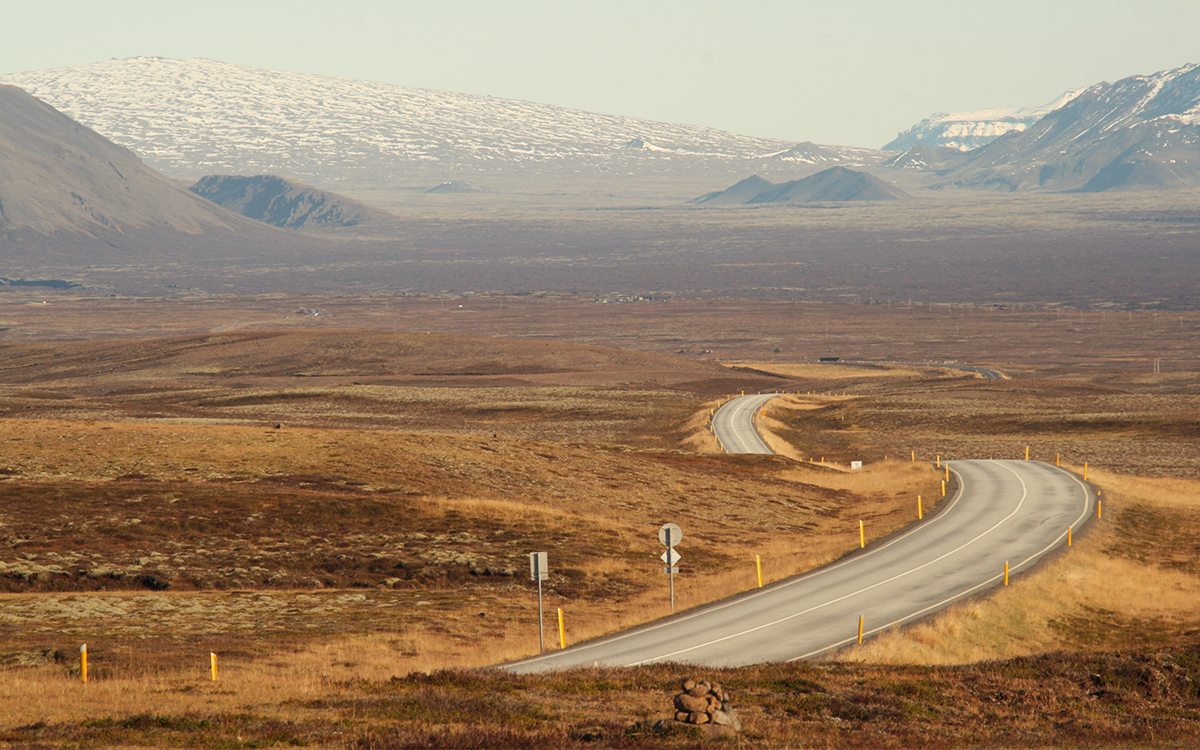 If we had known exactly where we were parked before we slept, our dreams would most likely have been populated with scenes of destruction and laden with thoughts of  Armageddon. For it was here, exactly where our Renault was stationed overnight, that a glacial flood ripped through the landscape after the Vatnajökull volcano erupted. The bent steel beams of a bridge, which we discover in close proximity at the dawning of the day, are a sobering reminder of the event. 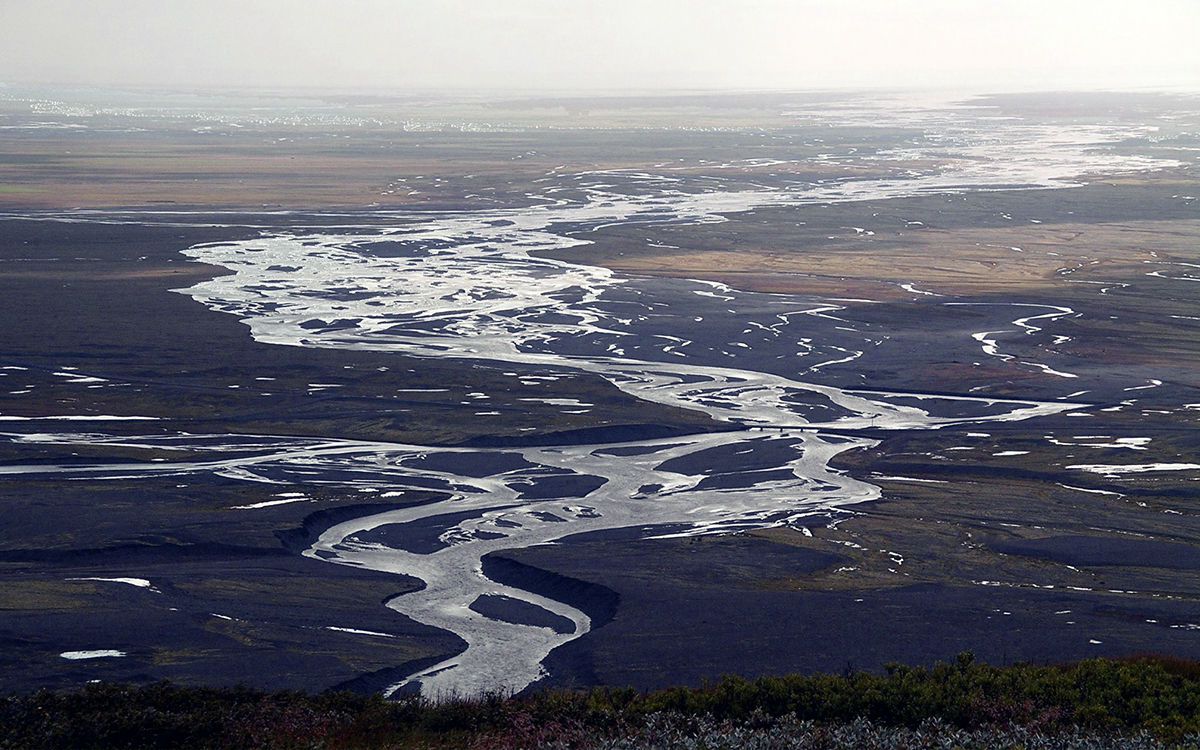 With this new-found awareness, we can’t help but see the solitary beauty of Skeiðarársandurs, the icy sandur of the South, in a slightly different light. Chunks of ice, streams, mosses and silvery lichens wend their way through the landscape, stretching as far as the eye can see. It’s no great surprise that this stunning yet inhospitable ice-desert was left until last when Ring Road 1 was built back in the 70s. 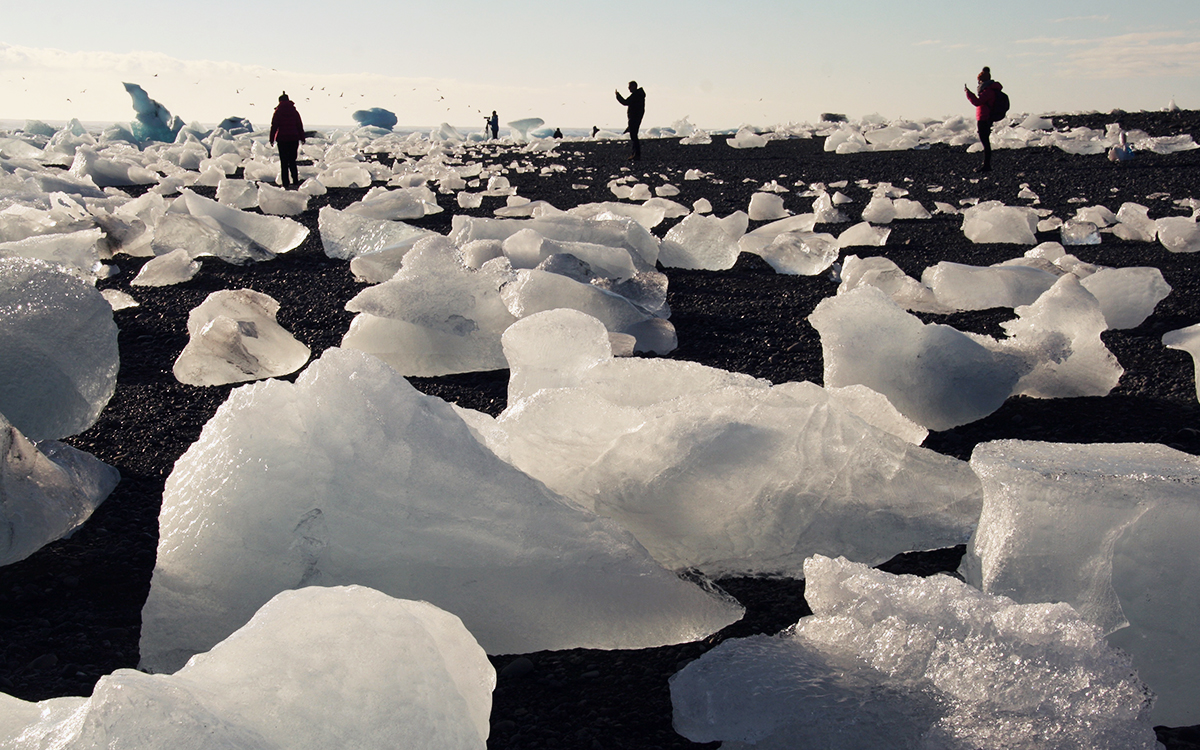 We skip breakfast and proceed with empty stomachs towards Jökulsárlón, the glacier lagoon. Luckily we spot it on the Sat Nav otherwise we would probably have driven right past it. With the knowledge that it is behind the dam on the left-hand side of the road, we stop and climb the wall. The sky is steel blue and reflected by the smooth water, on which icebergs seem to hover. This remarkable scene’s backdrop is formed by the curved structure of a massive glacial tongue. The noise of a distant motor interrupts the solitude as the first tour boat of the day heads out.

We climb back and enter the waiting van only to jump out with mouths agape only a few moments later. In front of us is a natural sculpture garden. The beach to our right is black, the sand is ground basalt. It is littered with ice cubes, some as small as a marble, others as large as our van. On the river connecting the lagoon with the ocean, ice floes slide by in majestic slowness. We are lucky that the sun is shining, untypical for Icelandic autumn, as the myriad turquoise tones are reflected in the ice facets. 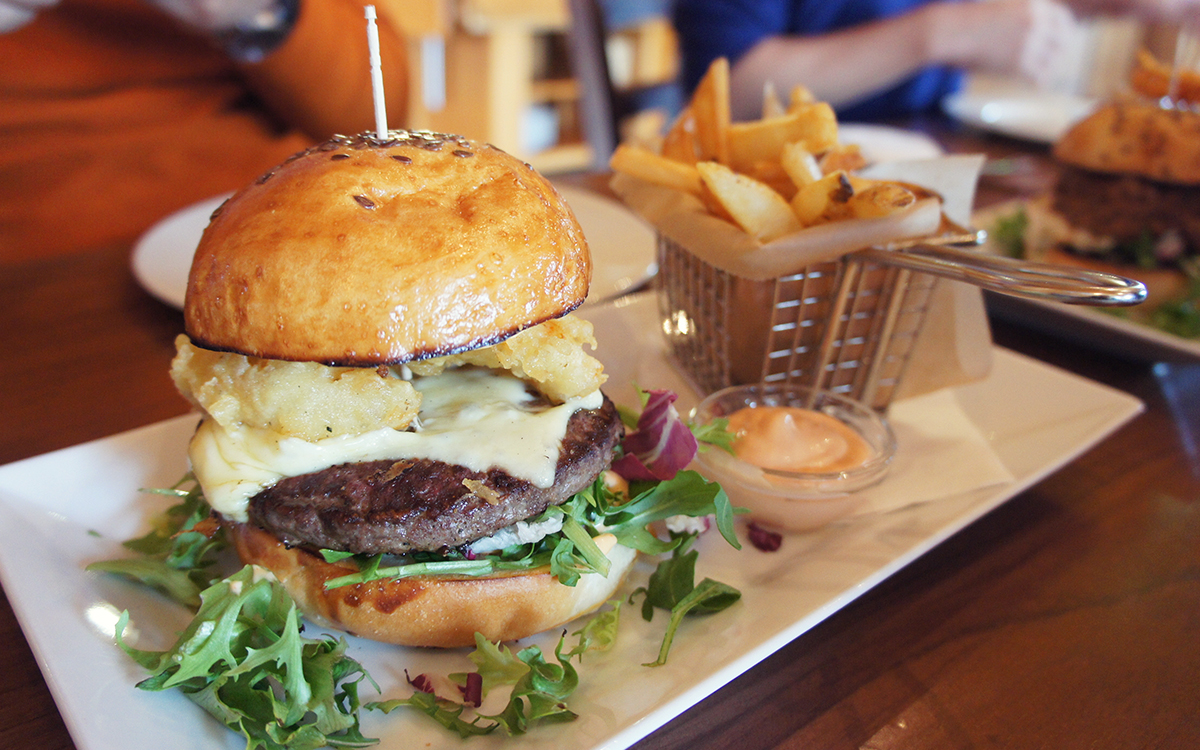 We continue moving, it’s noon, and our hunger is nagging at us. Fortunately, it’s only an hours drive to the next village, the fishing town of Höfn on the south-east coast. At Kaffi Hornid we order a reindeer burger with French fries and it tastes incredible. But now we have to do some serious drivings. Our next destination, Mývatn Nature Bath A.K.A The Green Lagoon, is still 220 miles away. It closes at 9.30pm and we’ve estimated the drive to take still seven hours, but the well-developed road we’ve been on so far is about to become a lot more rudimentary. 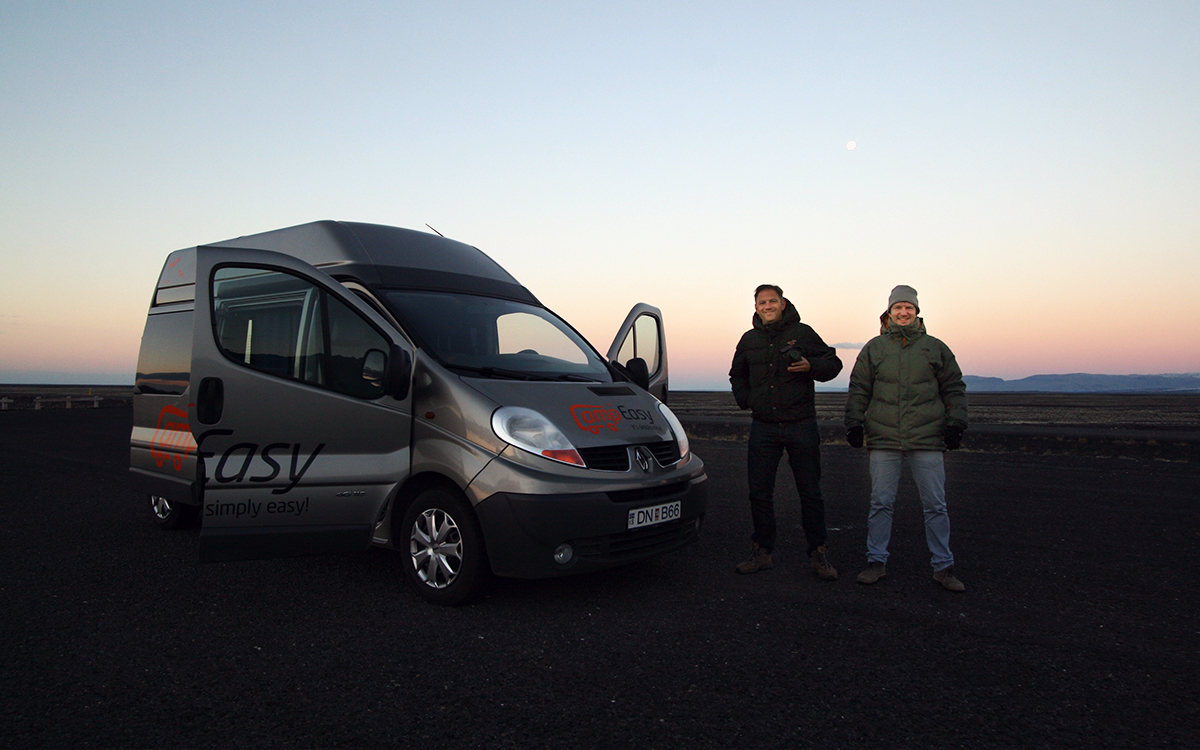 Accommodation in Höfn from £96

The east coast section of road is jagged and winding with several fjords cutting their way through the terrain. This slows down our driving considerably and we start to feel the pressure of tomorrow’s departure time. But we are travellers here first and foremost. This is how astonishment prevails when we trace the deep sea incisions along the coast making us have to stop and admire the view. The gigantic mountains to the left of us seem to have been created by a mad god obsessed with geometry. Pyramidal forms of basalt and fissured ridges lacerate themselves into the dirty blue of the slowly darkening sky.

We only stop once, though, as by the time we reach Iceland’s highest point, the thermometer has sunk below zero and a snow vortex begins to dance in front of the windshield. The smooth asphalt road also ends and we bounce along over gravel until it finally darkens. The time is 7:30. 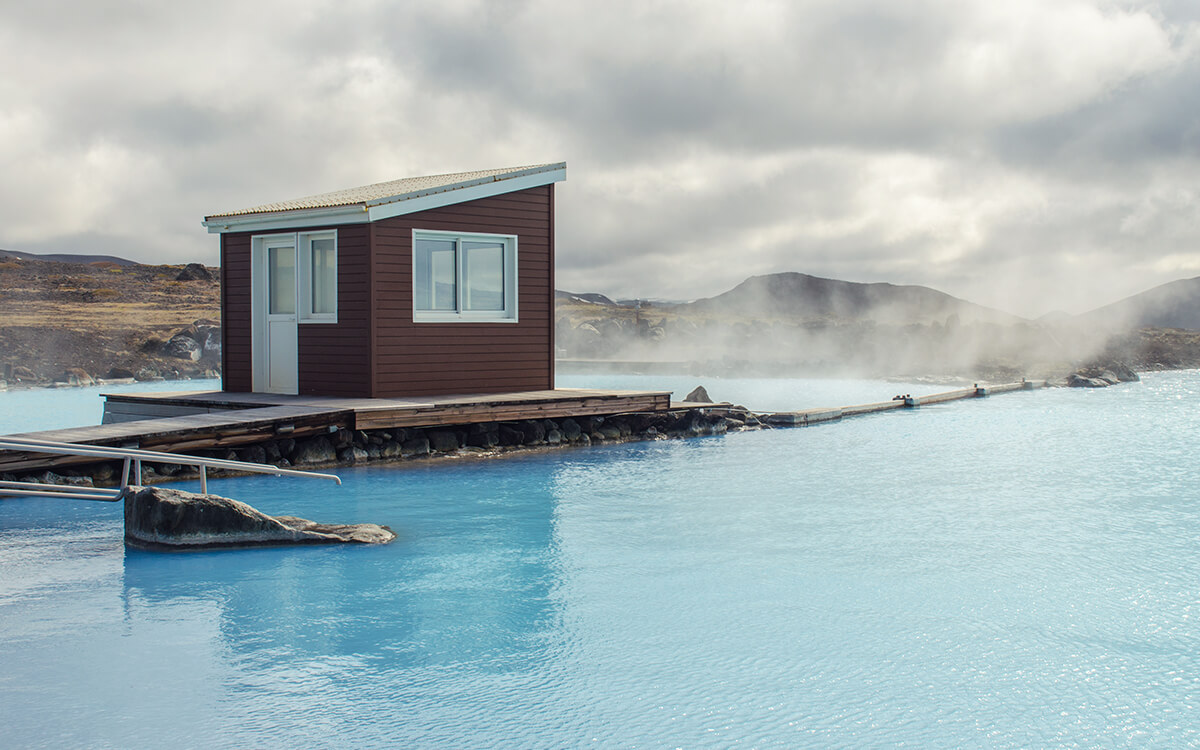 Accommodation in Myvatn from £52

The smell of sulphur penetrates the car again. A good sign. For when it’s this strong, hot springs are not far off. We soon spot columns of smoke that seem to be lit by orange lamps. They are from the solfataras and fumaroles, mini-volcanoes that resemble ant hills, which release the steam building up in Iceland’s most active volcanoes region. In the headlights, a sign’s reflective surface illuminates: Mývatn Nature Baths. Just before we park, a mouse dashes across the road, the first living thing we’ve seen in hours. 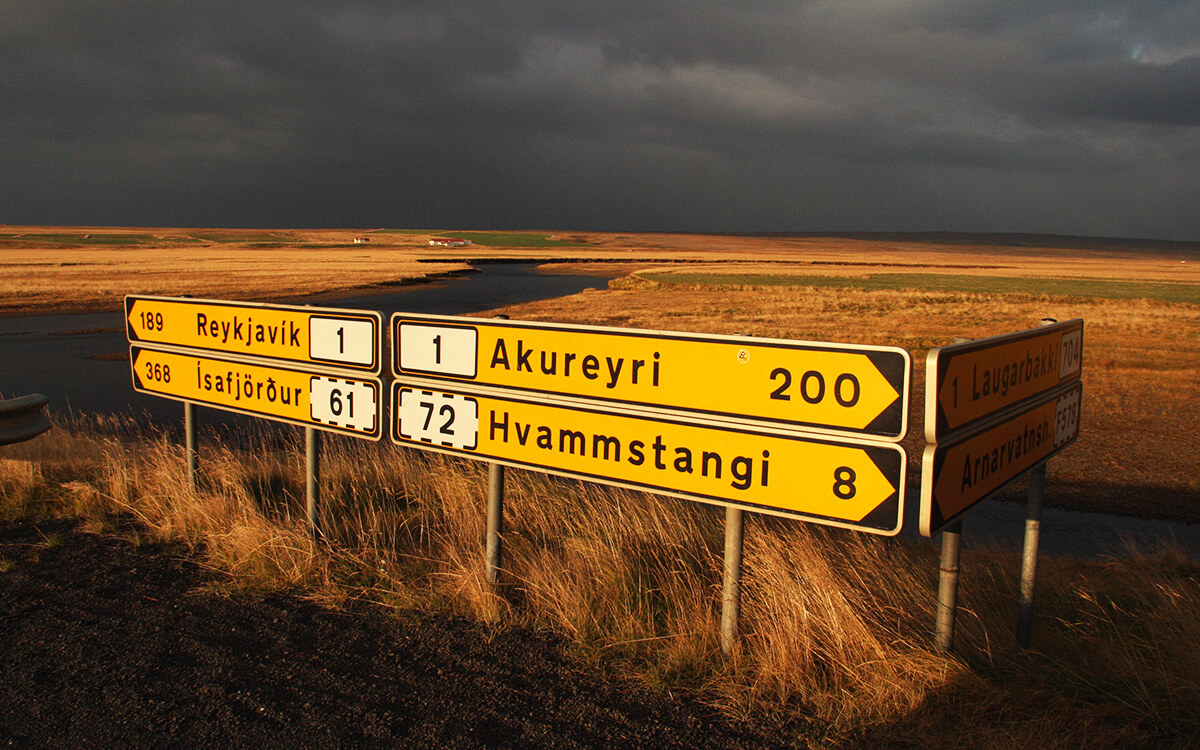 Then we almost burn our feet. The gravely ground surrounding the pools is so hot that it hurts. However, we find relaxation in the hot water. When the outside temperature is cool, the pastel-green water stretches under a black sky, distorted only by clouds, you feel like you could stay here forever. We only stay a half hour, though. It’s 9.30 and we still have over 60 miles drive until we reach Akureyri. 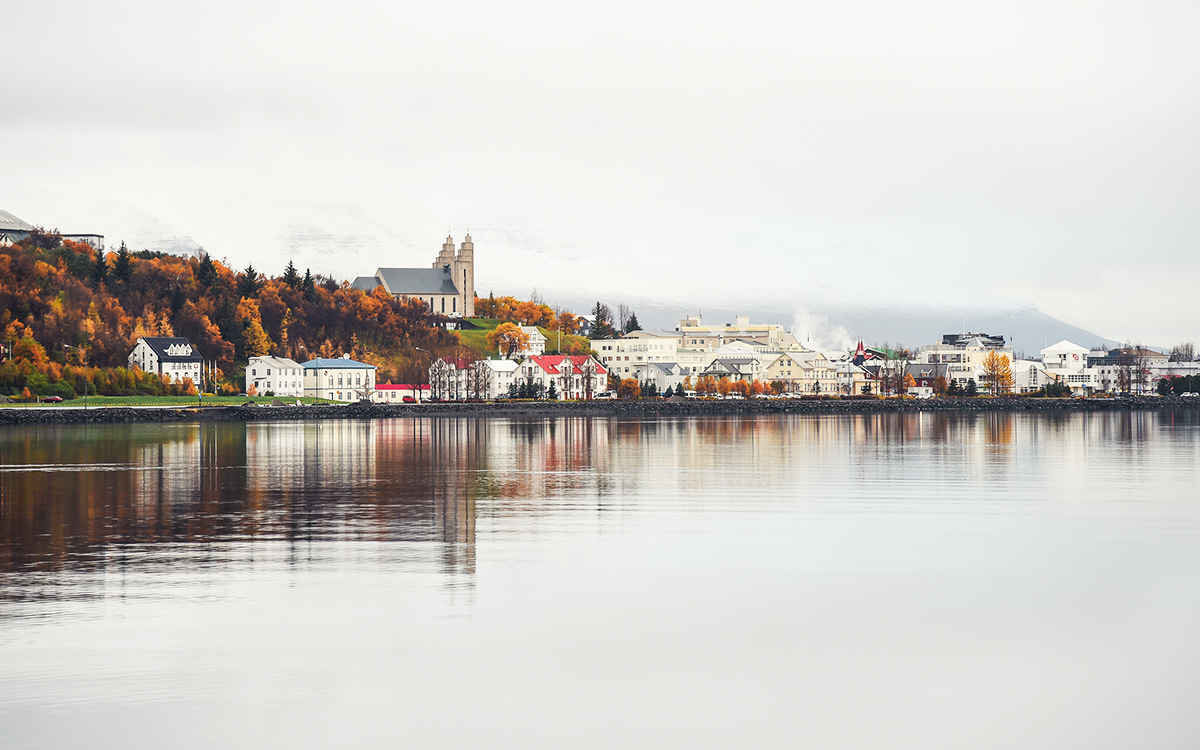 Accommodation in Akureyri from £23

Akureyri: The largest city in the north is to be where we stay and our second and final night in Iceland. Our biggest motivation: There is fantastic beer from the local brewery available everywhere. Around midnight we see the city lights, an almost surreal sight after a day overdosing on natural wonders. In the surrounding darkness, the settlement, located on the western edge of a fjord which opens on the Greenland Sea, looks stranded in the ocean gulf. A public parking lot near the city centre is where we are going to camp out tonight.

The reindeer burger is still filling the gap, so we head directly to the nearest bar. Soon we are sipping on Einstök Toasted Porter, a dark beer with coffee aromas, coffee infusion being a particularly rampant craze in northern countries. The locals are talented at celebrating it seems and age is no obstacle. Young and old and all the generations in between drift in and out even though the witching hour has already passed. 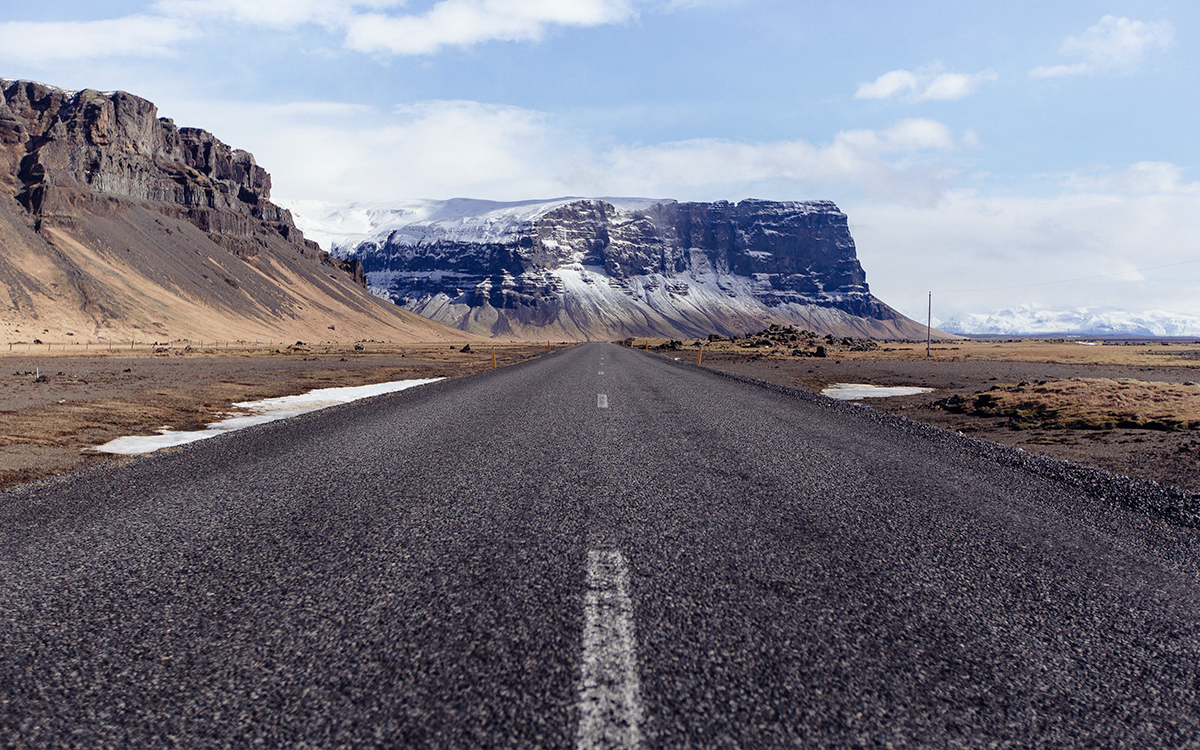 We start the next day with a bang as we have to be at the airport by 2 pm and there is still a 45-minute shuttle ride from the car hire office to Keflavík airport. According to our Sat Nav the trip will take about 4 hours so we push on through with just one quick coffee and hot dog break.

The road goes up to heights of almost 400 meters and it’s minus four degrees. Next, we pass through barren steppes which are broken up by occasional green pastures and patches on which sheep graze, then through the tundra and fields of frozen lava, across which the road winds like sugar a Pollock painting.

We drop the car off and by 4.30 we are sitting on the plane thinking about what we just did: Iceland in 48 hours? Crazy, but achievable.

Note: These rates are based on search queries made on KAYAK.co.uk on June 24th, 2017. The prices are quoted in GBP. Flight prices are based on results for a return economy flight search. Hotel prices are for double occupancy and include taxes and fees. Prices are subject to change, may vary, or no longer be available. 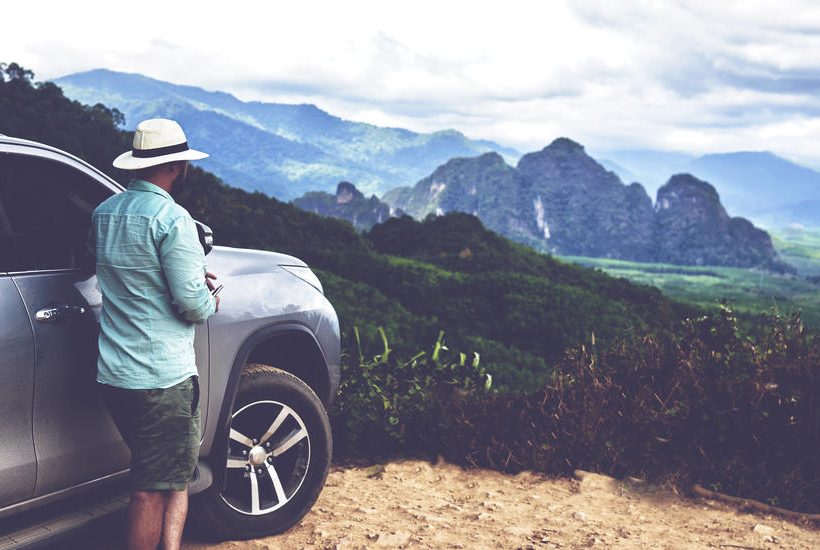 Hit the road with a hybrid or electric car hire

Got a road trip planned, but no car to take you there? Cruise to your destination in an eco-friendly car hire - find yours with our ‘Eco-friendly’ filter.
September 25, 2020 – KAYAK

Ready to hit the road again? We share our insights into the makes and models selected by our users, so you...
April 20, 2016 – KAYAK

Travel Tips to Explore Iceland at its Best

Iceland. Both a magical and mystical country which ranks highly on the bucket list of many travellers. The island’s thundering...
January 18, 2016 – KAYAK

KAYAK Blog UK | Must See | Road trip Iceland: 48 hours of volcanoes, lagoons, fjords, burgers and beers
We use technical, analytical and marketing cookies to help you with things like logging in and picking up your search where you left off.
FacebookTwitterWhatsApp