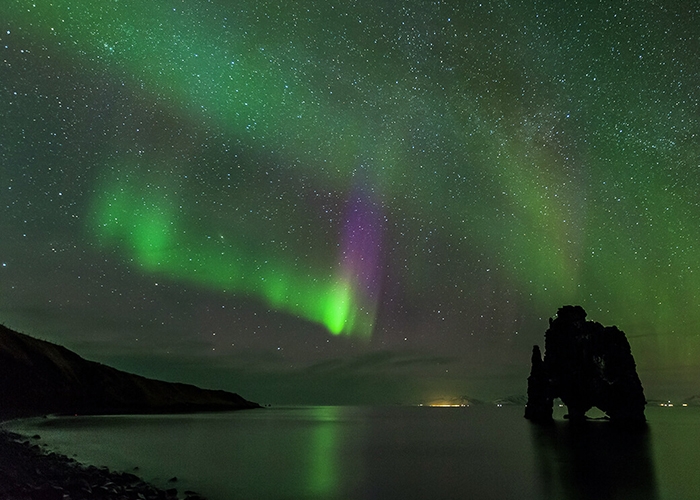 There’s nothing like getting an amazing photo on holiday

When you’re in one of the most beautiful places in the world, it’s difficult not to take a good photo. You could be using a flip phone from 2002 that has a 1.3-megapixel camera and it’s still going to look better than a photo you see while scrolling through Instagram all evening. So what are you waiting for? The most amazing places in the world are waiting for you!

1. Visit the Most Beautiful Place in the World – Fiordland, New Zealand 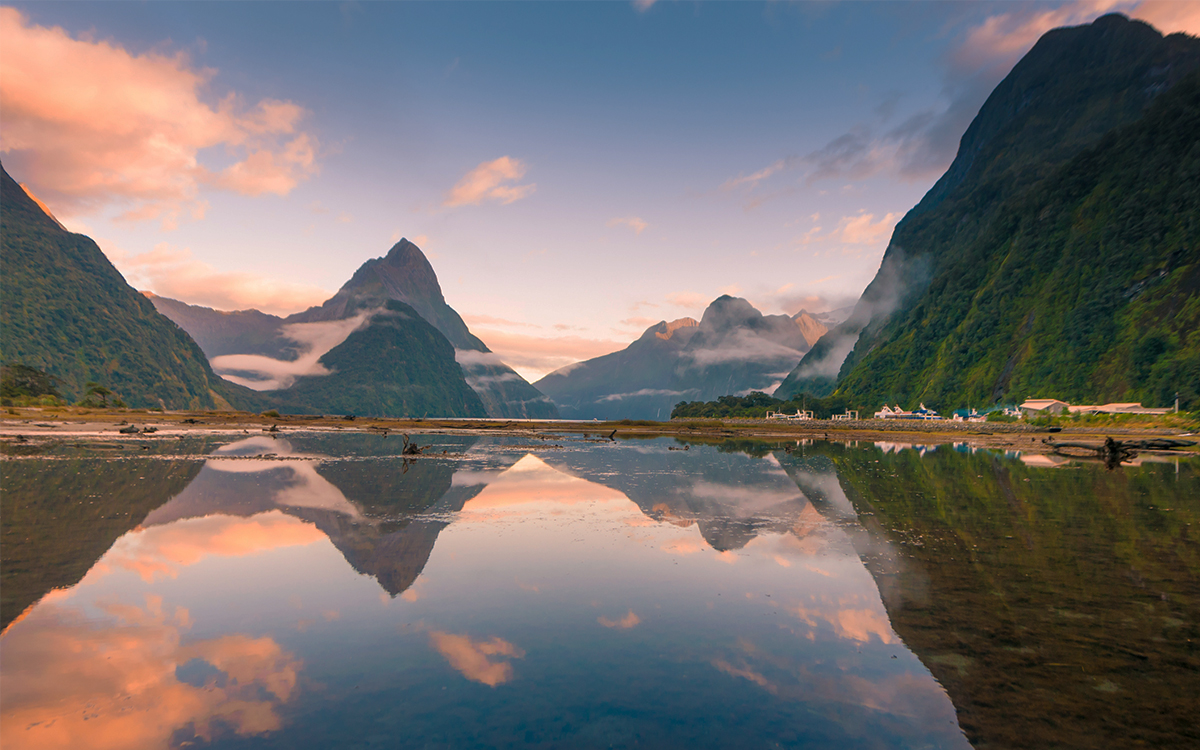 Milford Sound in Fiordland – the 8th wonder of the world © primeimages/istockphotos.com 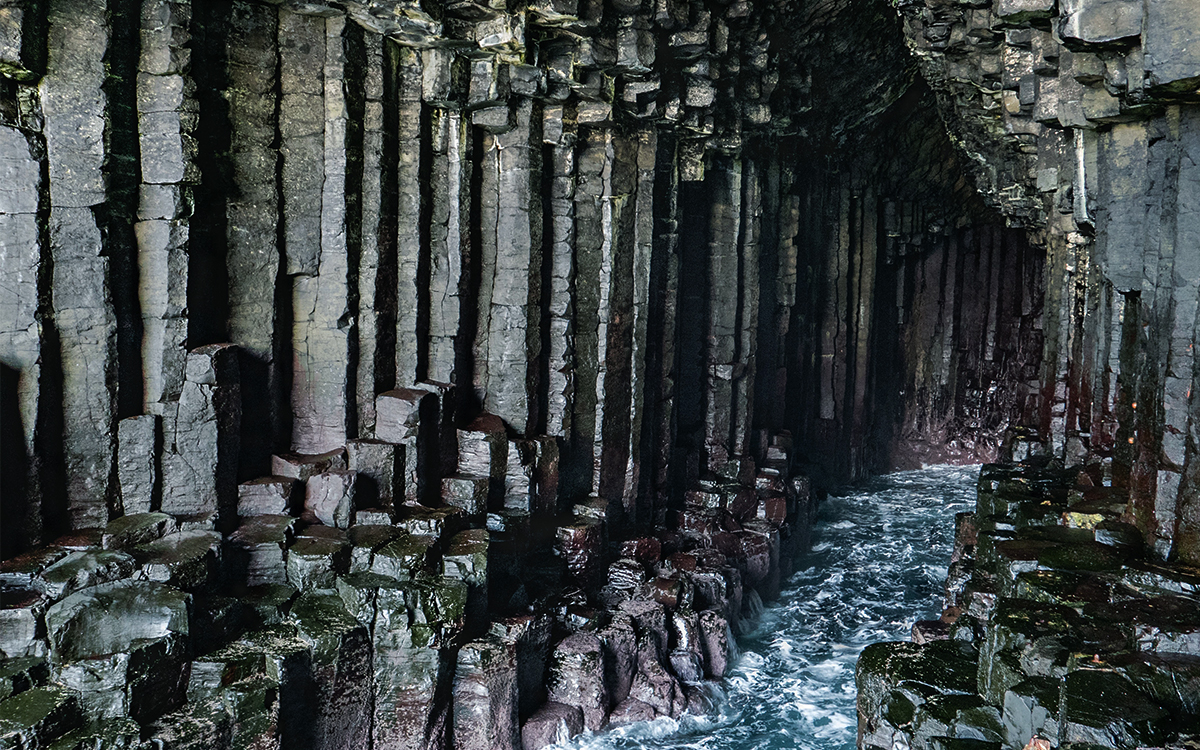 The interior of Fingal’s Cave, one of the world’s most incredible natural structures © Donna Carpenter/shutterstock.com

Some of the most amazing places in the world are right here in the UK, so we’re heading north to Fingal’s Cave on Staffa Isle found in the Inner Hebrides. The natural rock formations that make up this ancient and dramatic sea cave not only resemble a church organ, but create incredible acoustics, perfect for the waves crashing against the walls. A day tour takes you to the cave as well as some of the area’s most photogenic destinations. 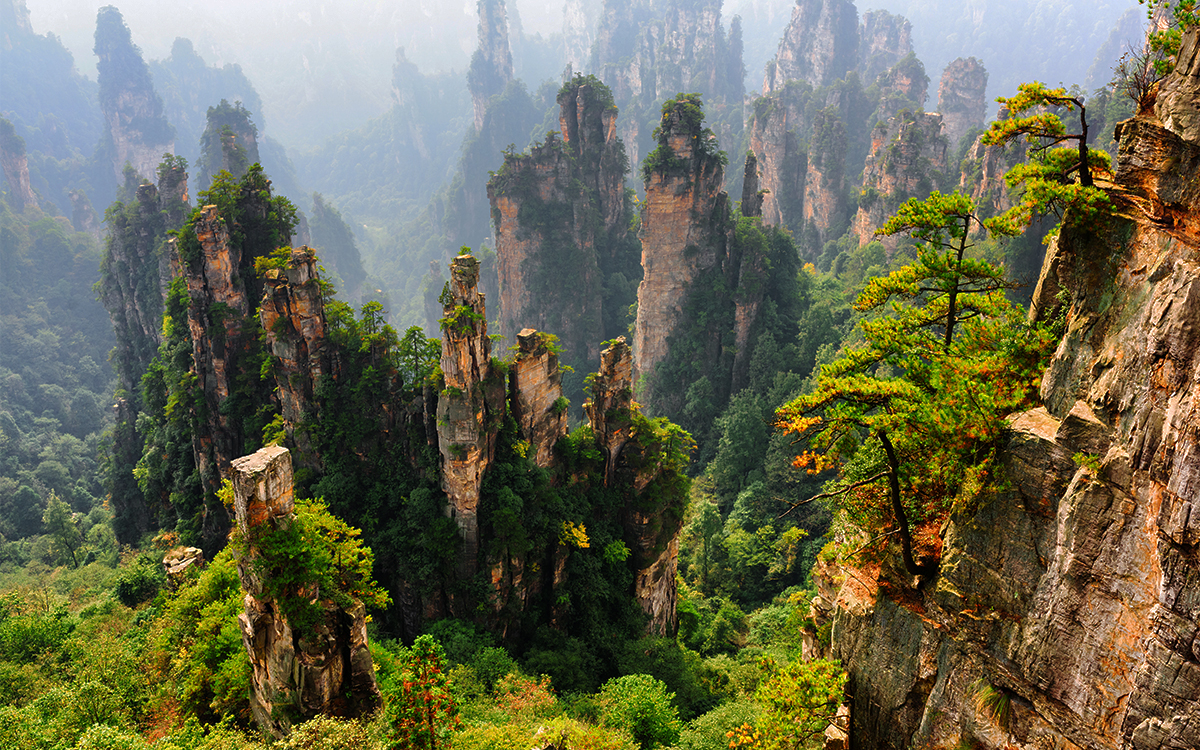 Inspiration fit for a film © Efired/shutterstock.com

China is a vast country and is home to many of the world’s most amazing locations, many of which are unknown to western tourists. Choosing just one stunning Chinese destination to photograph was a daunting task, but the spot trending above the rest is the Avatar Hallelujah Mountain (yip, from the film) in The Zhangjiajie National Forest Park, which in itself is one of the most beautiful places in China. Amazing photos in the park are easier than ever thanks to the Zhangjiajie Glass Bridge, the highest glass-bottom bridge in the world. Not for the faint of heart!
KAYAK Tip: Save some serious dosh by flying to Beijing and then taking a domestic flight to Zhangjiajie rather than flying direct. 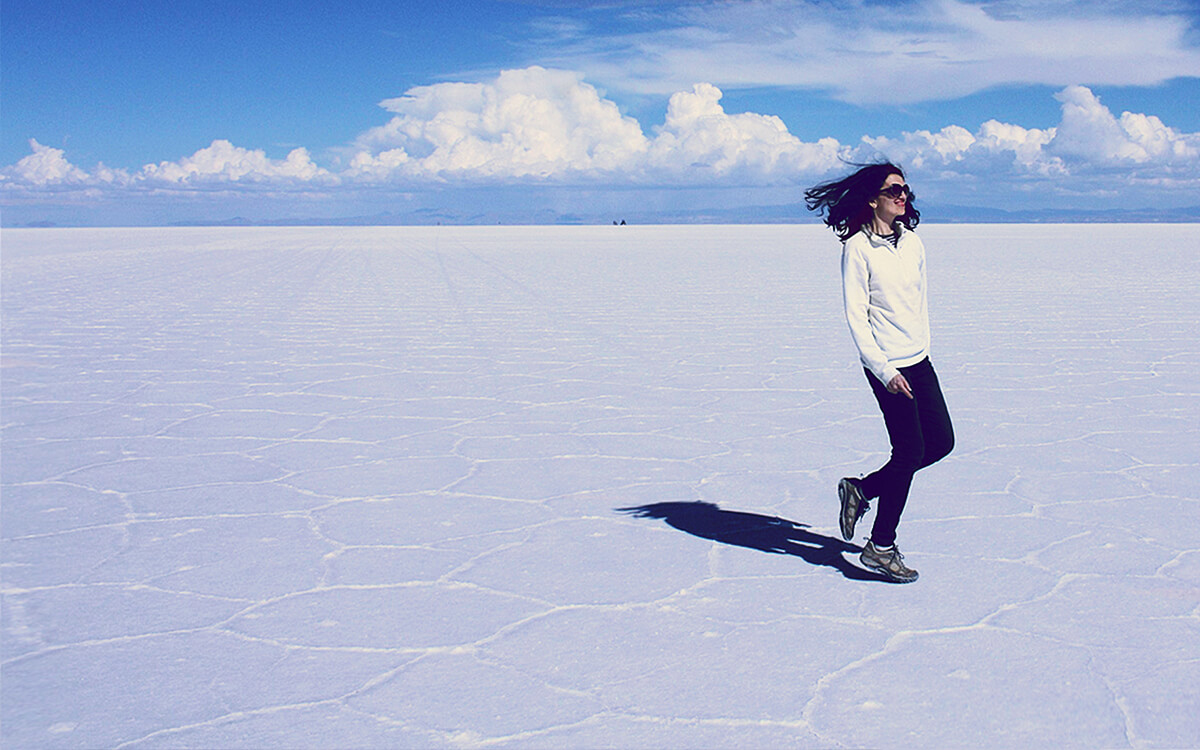 The world’s largest salt flats in the dry season – perfect for a photo © tenenbaum/shutterstock.com

While Salar de Uyuni isn’t the easiest destination to get to, no list of ‘the most beautiful places in the world’ would be complete without it. The world’s largest salt flats, located in the Bolivian Andes, create an astonishing vista with a horizon that appears to be endless. There are two distinct seasons here that have a dramatic effect on the landscape. The dry season (May-Nov) when you can explore the entirety of the stark white flats, and the wet season (best to visit between Feb-Apr) when the water creates an incredible mirror effect.

KAYAK Tip: From La Paz, either take a 1-hour domestic flight to the city of Uyuni or travel on an overnight with a company like Todo Tourism. From here it’s easy to travel out to Salar de Uyuni. 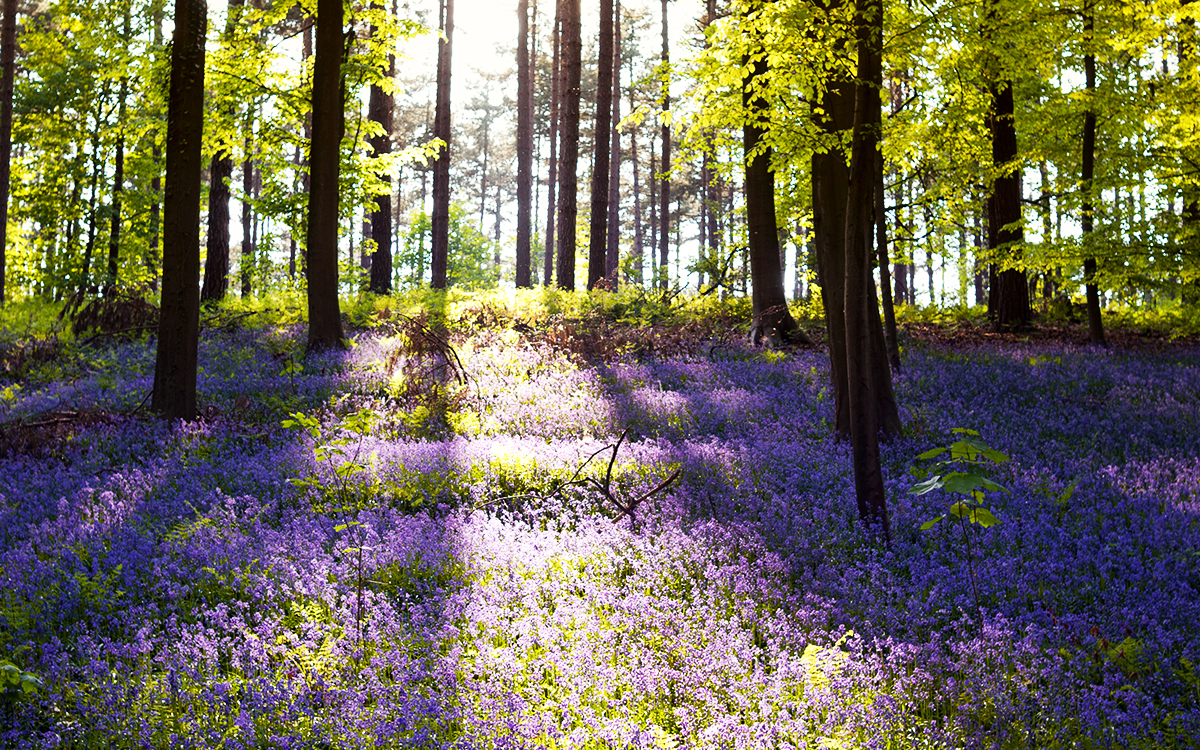 The best time to visit Hallerbos Forest is when the bluebells bloom © brytta/istockphotos.com

When you think of the most beautiful countries in the world, Belgium doesn’t usually spring to mind, but for a few weeks every year the Hallerbos Forest becomes one of the most stunning destinations on earth. Also known as ‘The Blue Forest’, for a short amount of time around mid-April the floor of this forest turns into a riot of purples and blues as a carpet of bluebells bloom. In fairness, the forest is gorgeous anytime of year but to get that perfect photo make sure to be there for the flowering season.

6. Fabulously Featured in the Faroe Islands 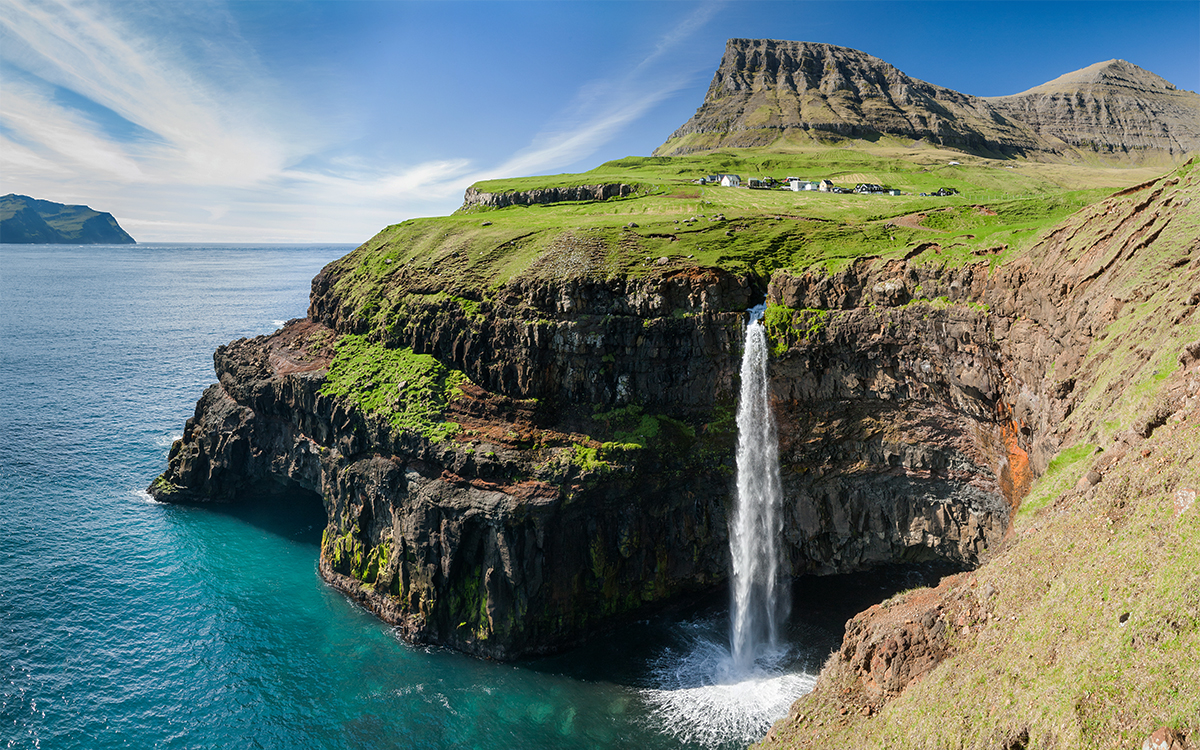 Mulafossur Waterfall on Vagar Island in the Faroes © Alexander Erdbeer/shutterstock.com

If 2017 was the year Iceland became a premier tourist destination, then 2018 is going to be the year you wished you had beaten the crowds and gone to the Faroe Islands. This basically untouched archipelago between Norway and Iceland is packed with authentic and unique adventures all set in one of the most beautiful places in the world. Expect blindingly green hills and mountains, crystal clear lagoons, and picture-perfect hikes, all scattered between quaint towns inhabited by fiercely friendly locals. 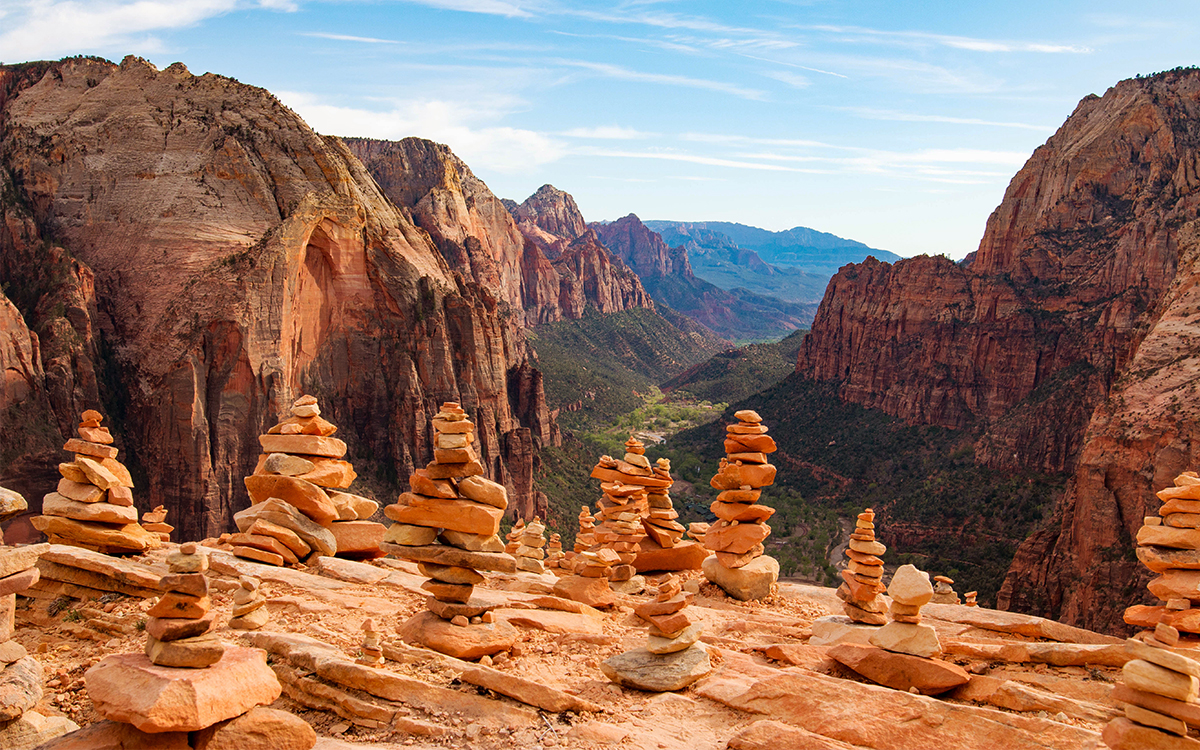 Forget the more famous cousins and head to Zion National Park for the most awesome views © evenfh/shutterstock.com

Okay, so the most beautiful national park in America may be a bold claim. It’s true, the US may be overflowing with large swathes of natural beauty but Zion National Park stands out from the crowd when it comes to scenery. Hike to the top of Observation Point for a perfect view of the entire park; it’s a steep 4-mile climb gaining nearly 2,000 feet of elevation so it’ll be a toughie. You’ll probably find yourself alone up there, the perfect place to show off to your friends back home with a smug selfie. Truly one of the most amazing places on earth – don’t miss out. 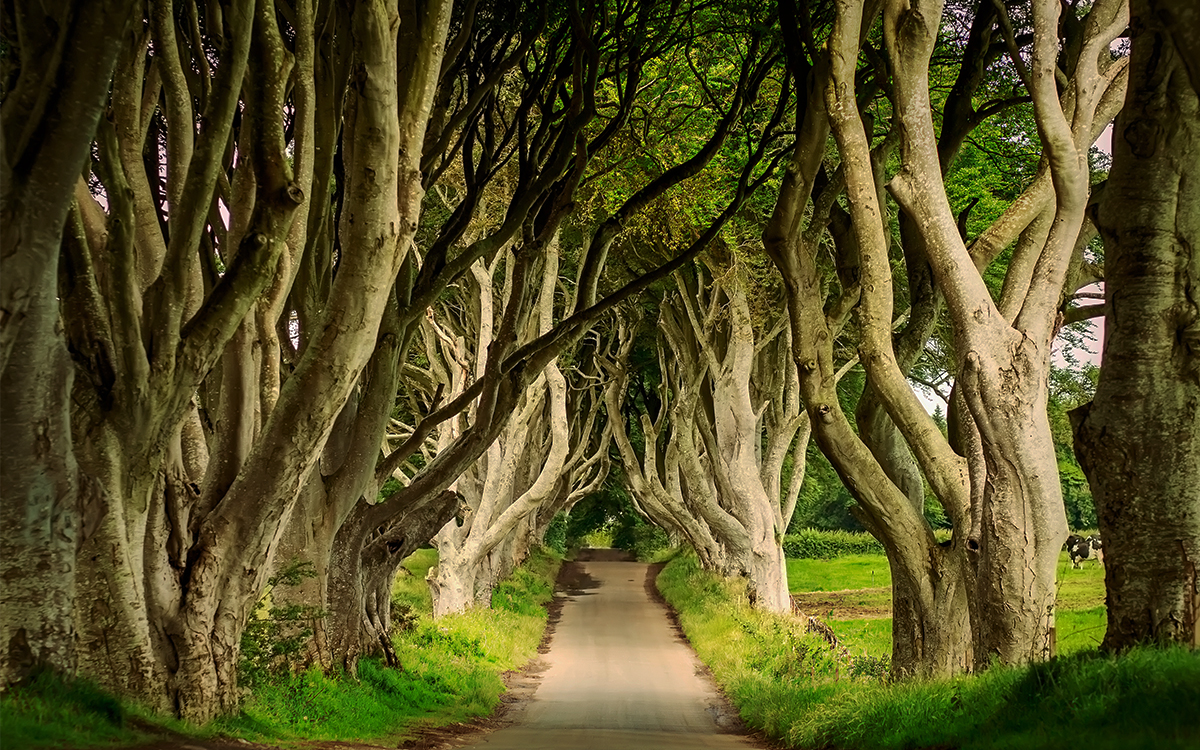 The Dark Hedges look even better in real life than on TV © Smolina Marianna/shutterstock.com

We’re taking liberty with our sub-heading but the Dark Hedges in Ireland is a misnomer. While the hedges definitely have a magical but spooky quality to them, they are definitely one of most beautiful places in the world. Best of all? They’re only a hop, skip, and a jump from your door. One of the most photographed place in Northern Ireland due to a famous TV show with dragons and men with Northern English accents fighting, it’s the perfect place to start off a fantastical holiday. 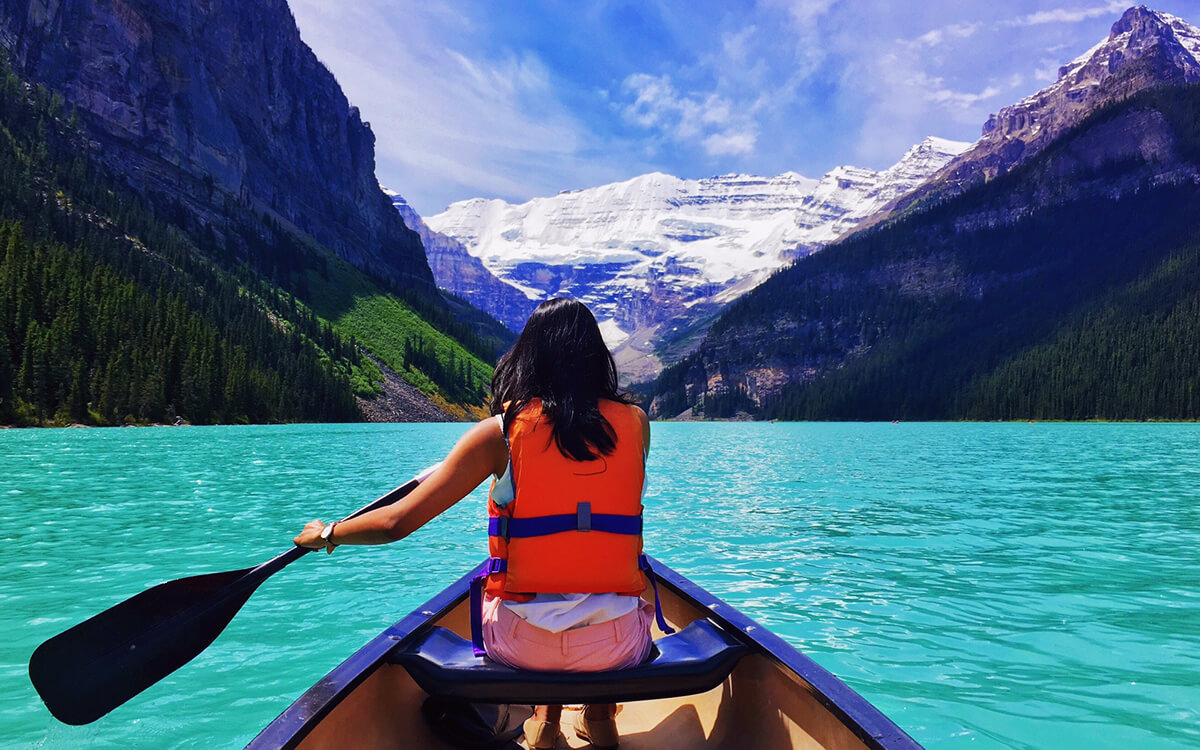 Every corner of the Banff National Park is postcard worthy © Atia Naim/unsplash.com

This seemingly unremarkable Canadian resort town is probably unknown to most UK dwellers, but Canada has been hiding it from the rest of the world. With a skyline to rival any oil painting, it’s dotted with snow-capped peaks, lush green forests, and hot springs to unwind in. It’s more than earned the title of one of the most beautiful places in the world to visit. Whether you travel in spring or summer, the view from Lake Minnewanka and Bow River is unrivalled. Breathe in the fresh air and partake in any number of outdoor activities. If you’re not sure what’s best, ask a local, and being Canadian, you’ll probably end up best friends. 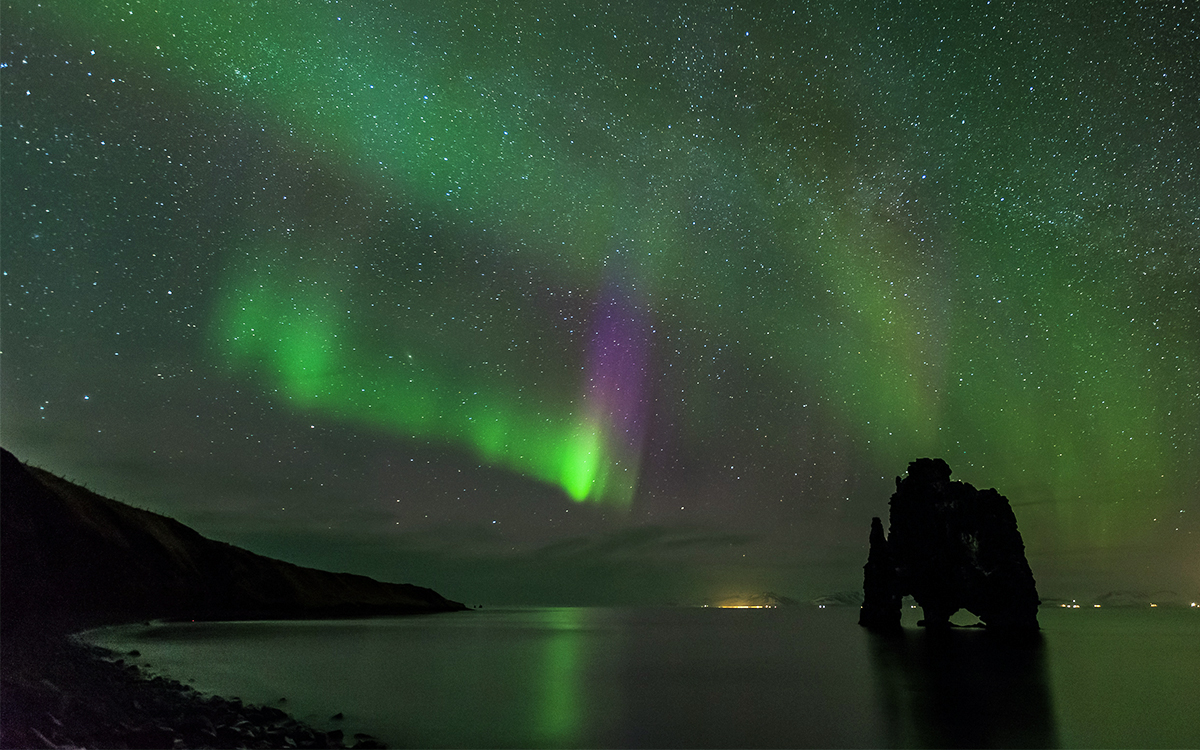 Hvitserkur looks amazing at any time, but of course everything looks even better under the Northern Lights © kan_khampanya/shutterstock.com

Just off the North-West shore of Iceland is the Hvitserkur, a sea stack that looks like a dragon or dinosaur drinking from the water. An amazing spectacle to see up close, it’s one of the many reasons why Iceland is frequently called one of the most beautiful countries in the world. The word Hvitserkur means “white shirt”, so named because of the pesky birds doing their business on the monolith. This area of Iceland is relatively tourist-free, and since the Icelandic Seal Centre is nearby, make sure you see the seals after you see the dragon.

Note: These rates are based on the most recent data pulled from KAYAK.co.uk, the cheapest prices are always displayed first, regardless of specific dates mentioned. The prices are quoted in GBP. Flight prices are based on results for a return economy flight search. Hotel prices are for double occupancy, are per night and include taxes and fees. Prices are subject to change, may vary, or no longer be available.

Not visiting nearby landmarks is British travellers No. 1 holiday regret Christ the Redeemer is the landmark we are...
August 5, 2019 – KAYAK 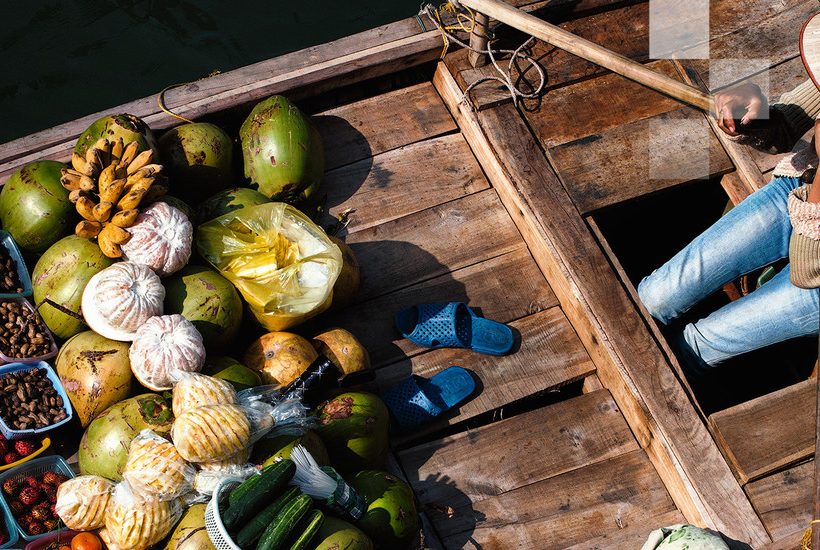 Cook like a local: the best cooking classes around the world 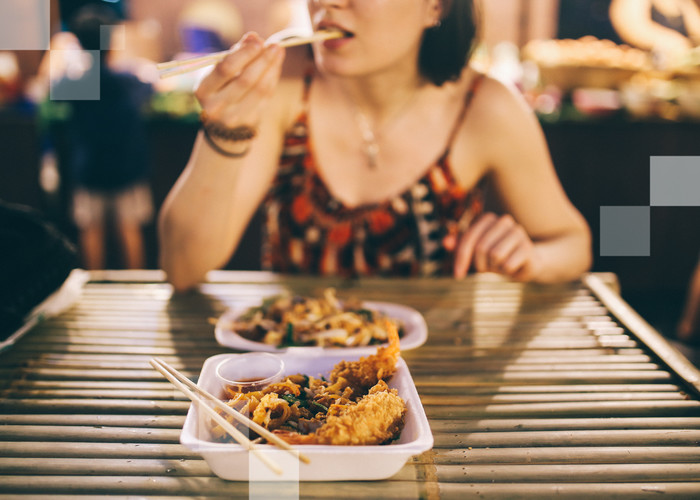 From the Caribbean to China, we’ve rounded up 10 destinations that are a must for any spice-loving fiend, and listed delicacies from each country that promise to make you sweat
June 25, 2018 – Heather Snowden

KAYAK Blog UK | Must See | The 10 most beautiful places to photograph in the world
We use technical, analytical and marketing cookies to help you with things like logging in and picking up your search where you left off.
FacebookTwitterWhatsApp