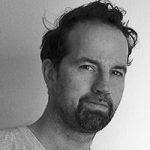 You’re aching to get away, but your piggy bank’s running on empty. What do you do? Well, don’t despair! Travel is possible even for those of us who don’t own cufflinks or a monocle – and anyway, the best things in life are free! So instead of sulking, why not take a look at the 11 deals and destinations we’ve picked out for you below. You may be surprised to find they’re much less expensive than you might have thought…

Best of the Atlantic – Galicia (Spain)

OK, we know Spain doesn’t seem like much of a secret these days but hear us out. We’re not talking about your typical drunken weekend in Magaluf. Instead, turn your gaze towards the northwestern coast, where the autonomous region of Galicia has largely escaped the attention of the British holiday hordes. And with a cliff-hewn coast recalling the majesty of the Norwegian fjords, weather reminiscent of an Italian spring, and coffee/beer prices so low you’ll think it’s the 90’s, we think you’ll be pleasantly surprised! Sounds fishy? You bet – Galicia is known for its seafood, caught and delivered straight from net to table.

Galicia, hidden in the northern corner of Spain, is still one of the best-kept secrets for cheap holidays © arousa / Shutterstock.com

Where to stay? Have a look at Vigo, a romantic old provincial capital on a hillside that’ll remind you of San Francisco. Its harbour district is especially charming and is well-stocked with cafés and bars to keep you refreshed for the next day of sightseeing.

KAYAK Insider Tip: In addition to your swimming trunks and hiking boots, an umbrella is recommended, as it can get a bit drizzly on the Atlantic coast.

Watching an Olympic diver spin gracefully into a pool is a truly beautiful sight to see. Watching hotel prices take a dive is also lovely, as a quick KAYAK search for resorts along the Turkish Riviera illustrates.

Clear water, clear mind: The beaches of the Turkish Riviera can be a little rocky, but the sea makes up for it, and then some © Nejdet Duzen / Shutterstock.com

If, however, you’d prefer to avoid the swarming masses of Turkey’s tourist centres, there are plenty of other options worth pursuing. If you want something a bit more romantic that still offers options on the party front, a village like Turunç may well be a good bet. Located near, but not too near, to the nightlife mecca of Marmaris, Turunç is the perfect place to find a quiet place on the beach by day, far from the madding crowd. When you’re ready for a bit more action, hop aboard a taxi-boat and in just 30 minutes, you’ll be at the club busting shapes on the floor.

If you’re looking for sun, sand and sound without breaking your budget, then you can’t go wrong with the Bulgarian Black Sea resort of Golden Sands.

Lined with huge beachside clubs offering 24-hour entertainment, the beaches themselves seem surprisingly resistant to any damage from the overnight exertions of thousands of guests. And with a £6.50 flat rate for 2 hours of drinks, their prices speak for themselves.

Perhaps you’re into an active lifestyle, but prefer the rhythms of the great outdoors to those of a dance club. In that case, consider the High Tatras. Located nearly entirely within the borders of Slovakia, this small mountain range still manages to contain nearly thirty peaks of over 2,500 metres.

It’s no cakewalk out here; you’ll encounter steep climbing walls up to 900 metres high, as well as hundreds of miles of winding hiking trails bursting with wildlife. You may even spot a bear if you’re lucky! The heights of the mountain peaks stand in stark contrast to their low prices – trips start as low as just 45 euros per person per day for a four-person group.

Down and Dirty – Berlin

If you’re a city mouse looking for a hot metropolis at a budget price, the German capital is your best bet. Start your day with an expedition to the fabled boutiques and bars of Torstrasse in Mitte, then use your pocket change for a quick lunch in the street food jungles of Friedrichshain, Neukölln, or Kreuzberg. Later on, you can visit one of the city’s many famed techno clubs. Our tips: Club der Visionaere, Zur Wilde Renate, Griessmuehle, Klunkerkranich or Katerblau.

In Berlin, anything is possible, and it’s often free as well. A walk along the well-marked Berlin Wall path won’t cost you a thing. © pixabay

Under the Sea – Red Sea (Egypt)

When you say Egypt, everyone automatically thinks of pyramids, the Sphinx, and the Valley of the Kings. What you might not know is that the land of the Pharaohs is also home to some of the most colourful diving sites on Earth –  with the beach town of Hurghada, on the Red Sea,  chief amongst them. As temperatures stay balmy even during winter months, there’s never been a better time to seize your chance. Red Sea diving packages starting at 20 Euro per dive (packages for five days/ten dives).

Red Sea diving is a magical experience. A kaleidoscopic array of marine life awaits you just beneath the surface. © DJ Mattaar / Shutterstock.com

Take a moment to imagine yourself walking barefoot through powdery white sand. You dip your toes into the turquoise blue water and relax in the shade of the tropical palms… as evening falls, you relax with a fruity cocktail, followed by a cigar… a true Caribbean delight. But surely this dream is out of your price range?

The Dominican Republic is known mainly as an all-inclusive holiday package destination. But if you’re willing to plan your trip individually, you can save big and make your island dreams come true. © Cedric Weber / Shutterstock.com

Surprisingly, it doesn’t have to be — not if you know where to go at least. For example to the Dominican Republic, specifically the island of Hispaniola.

On KAYAK, you can easily adjust your search to discover the perfect beach holiday based on your budget: View the best beach destinations along with flight prices directly on the map using KAYAK Explore.

Latvia used to be associated with grey, gloomy, post-Soviet decay, but in recent years, its capital Riga has shed its dubious reputation and is starting to be recognised as the beautiful and classy city it’s always been at heart.

The one thing stuck in the past? Its prices, making a holiday in this Hanseatic city more appealing than ever. Stroll through the old town to admire the details of its art nouveau facades. When you get hungry, we suggest a visit to the Central Market, a UNESCO heritage site built inside a complex of former WWI-era zeppelin hangars, where you can sample some local Baltic specialities.

When planning to visit a faraway destination like India, your flight is always the biggest expense. But the good thing is, once you arrive, you can survive on next to nothing. This means, if time constraints aren’t a factor, it pays to stay! On the Kerala coast, you can eat like a sultan, travel first class on the railways and spend your nights in comfortable lodgings, all for just a couple of quid.

In India, all you need is your backpack and a sense of adventure. © Pikoso.kz/Shutterstock.com

Bling on a Budget – Cambodia

First, taste a mouth-watering Kampot Pepper Crab cooked by a street vendor just steps away from the banks of the Mekong. What’s next? A boat trip or a cocktail? Why not both? Later, you can mosey around the markets of Phnom Penh and find a few souvenirs. You can afford it! Cambodia is even cheaper than its neighbours Thailand and Vietnam.

Your Slice of Paradise – Fiji

Have you got a lot of time, a little money, and a deep-seated wish to leave the winter as far behind you as possible? Then you may just be ready for a trip to the Fiji Islands. They are about as remote as it gets, but it’s worth it: pristine beaches, eternal summer, and diving and snorkelling without end.

Fiji, a cheap tip?! Okay, the airfare is comparatively steep, but once you’re there, we promise things will get a lot easier. © Don Mammoser / Shutterstock.com

Most people think you have to be an oil baron to enjoy this kind of paradise, but that’s just a myth. The real barrier is the flight; if you can endure 30 hours on a plane and afford to pay the roughly £750 it will cost to get you from London to Nadi and back, you’ve already financed half of your two-week South Sea adventure in paradise.

Note: These rates are based on search queries made on KAYAK.co.uk on January 3rd, 2017. The prices are quoted in GBP and are the minimum price per night for double occupancy in May 2017. Flight prices are based on results for a return economy flight search. Prices are subject to change, may vary or no longer be available. Prices may change at any time and are subject to certain offers may no longer be available. 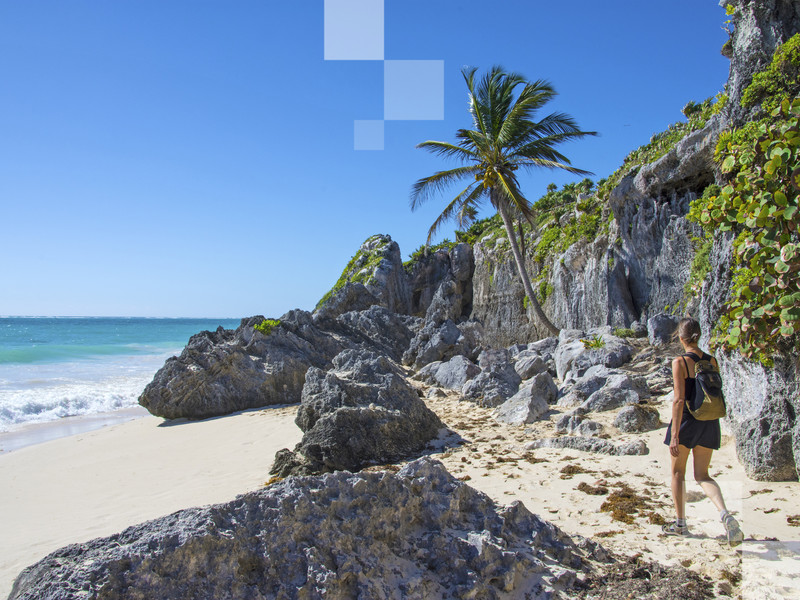 Book smart: 4 tools that’ll help you save on travel 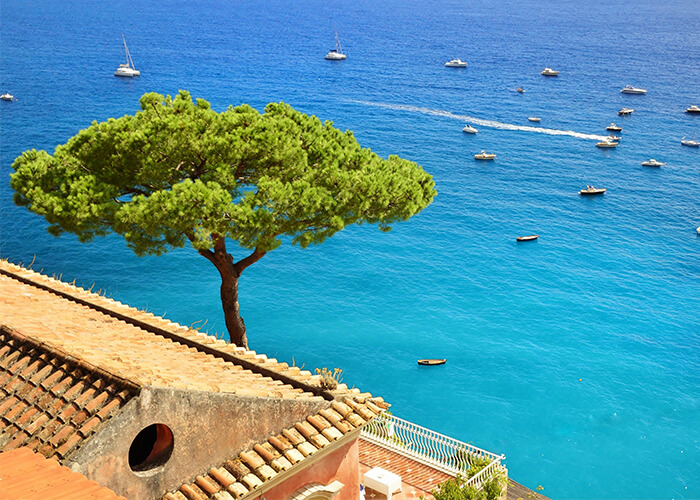 Young And Broke: The Sequel – 7 More Must-See Destinations On A Budget

Boom! Our Young And Broke Article was so damn popular we just had to pop another one out. Now, bring your...
March 20, 2017 – Roland Wildberg 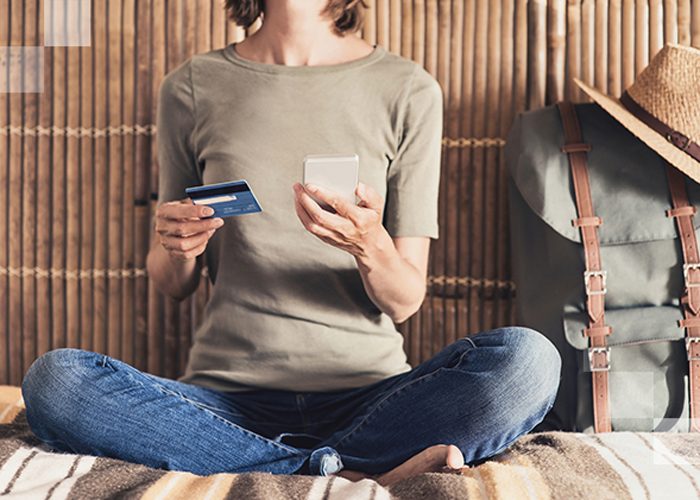 Planning an awesome trip starts with booking a flight. Here's what will happen to you when searching for a flight...
July 31, 2018 – KAYAK

KAYAK Blog UK | Must See | Living it up while you’re down and out: 11 destinations for the young and broke
We use technical, analytical and marketing cookies to help you with things like logging in and picking up your search where you left off.
FacebookTwitterWhatsApp