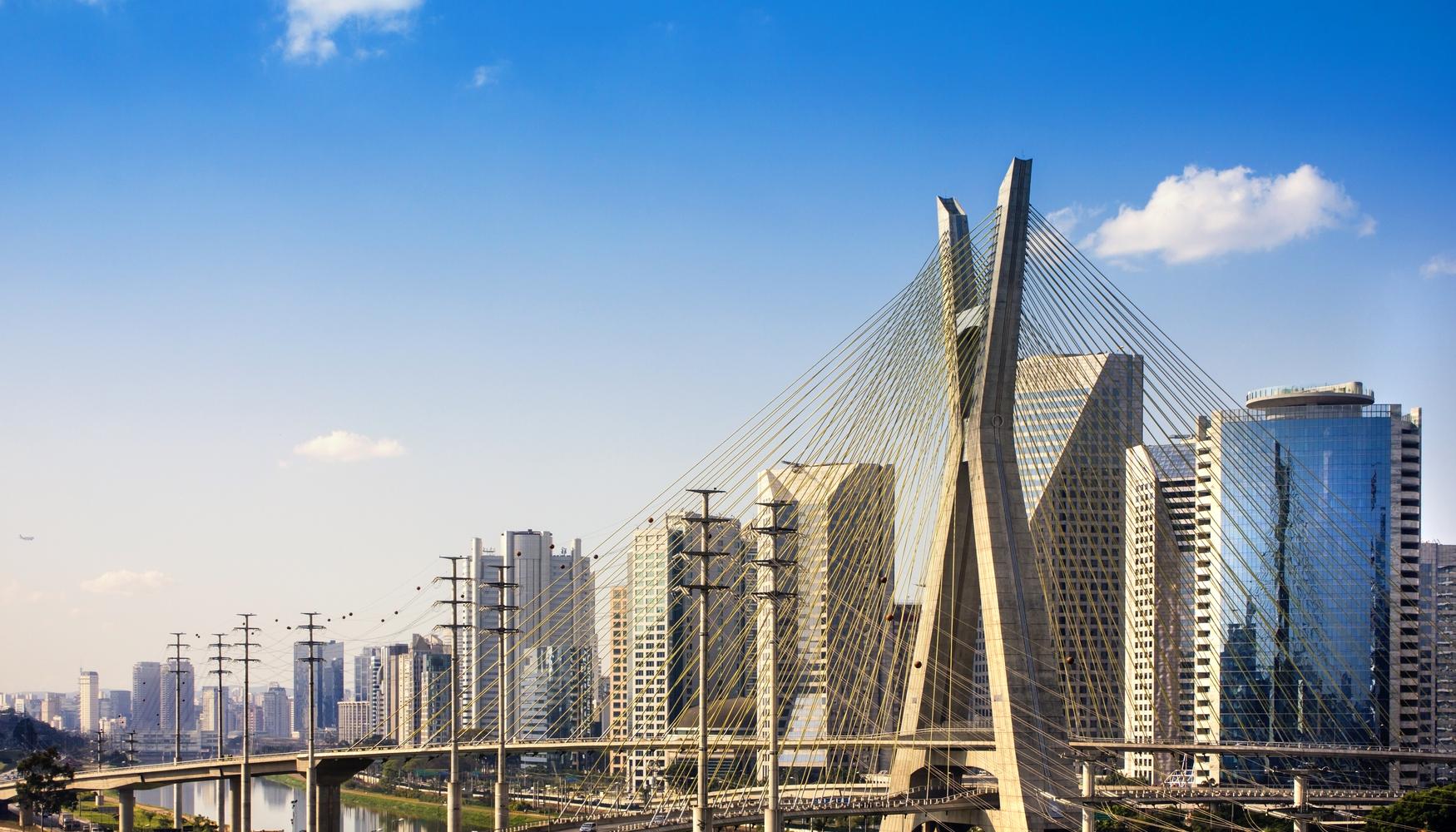 You're Going to Love Sao Paulo

Busy, cosmopolitan Sao Paulo has everything - and anything - that you're looking for. There are cutting-edge museums, art galleries, arts venues for culture addicts, and a foodie scene renowned the world over. 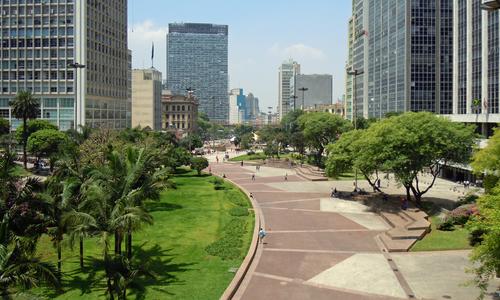 The city was founded in 1554 by Jesuit priests, and you can still visit the site of that founding at the ornate Pátio do Colégio church. Today, Sao Paulo is the economic powerhouse of Brazil. There are also many world-class events that draw visitors to the city during the year, including the Brazilian Grand Prix and the ATP Brasil Open.

Sao Paulo is a place of fabulously ornate neo-Gothic and colonial architecture, including the spectacular Theatro Municipal, where you can also see orchestra or ballet performances. At the Pinacoteca do Estado de Sao Paulo, you can enjoy Brazilian art in a museum founded in 1905.

Ibirapuera Park is where you can escape the chaos of the city in a stroll along the lake. In addition to walking and jogging, you can rent and ride a bike, or attend free yoga or capoeira lessons as you enjoy more than a square mile of lush green parkland.

With more than 12,000 restaurants to choose from, you can truly say there is something for everyone's palate in Sao Paulo. The dining scene represents over 120 cultures at every price point, from sizzling street food to fine dining.

There are more than 15,000 bars in this city, and you can literally drink and dance 24/7 somewhere in the city. Sao Paulo is a mecca for EDM and the dance music scene, with many large dance clubs that compete with each other for the trendiest, most outrageous decor.

From the famous street art of Cambuci and the graffiti of Vila Madalena to the gleaming red concrete and glass Museu de Arte de Sao Paulo and its stellar collection, plus a raft of private galleries that showcase modern artists, there is a lively arts scene waiting for your pleasure.

When to Visit Sao Paulo

Most visitors come to Sao Paulo during the drier and more temperate months of April to November. Located on an elevated plateau just 43 miles from the Atlantic coast, Sao Paulo is known for its variable weather, which can fluctuate at any time. Average temperatures between January and March range between about 60 and 80 degrees Fahrenheit, and between 50 and 75 degrees Fahrenheit between June and August, with the most rain falling during the summer.

How to Get to Sao Paulo

There are two airports in Sao Paulo. The Congonhas-Sao Paulo Airport (CGH) handles domestic and regional flights from Rio de Janeiro, Brasilia, and other major centers. International flights arrive and depart from Sao Paulo-Guarulhos International Airport (GRU), located about 15.5 miles from the center of town. There is a bus service that makes several stops downtown, with connections to the subway service, for R$30. Airport taxi service is provided exclusively by Guarucoop air-conditioned cabs. Flat fares are negotiated and paid in advance, with a ride to most places in the downtown area running around R$100.

Two highways approach the city, called the Anchieta and the Imigrantes, along with eight other major highways that connect the city to major centers in all directions. Despite the number of roadways, however, you can expect congestion and traffic jams, particularly during morning and late afternoon rush hours, making driving one of the more challenging ways to get to Sao Paulo.

The Rodoviária Tietê is the largest of three bus terminals in Sao Paulo. Each of the three has direct connections to the subway system. Intercity routes link the city with most centers in the state of Sao Paulo, the south coast, Rio, and beyond to Paraguay, Uruguay, and Argentina.

Where to Stay in Sao Paulo

Hotel Emiliano, located on Oscar Freire Street, the city's most stylish address, wraps you in minimalist luxury, with an orchid garden in the lobby and rooftop pool to add to the appeal. At the other end of the scale, a room at the Golden Tulip, located near Jardim Paulista, has clean modern rooms and furnishings at budget prices.

Jardins - this is an upscale neighborhood where you'll find chic designer boutiques and stylish crowds within walking distance of many major attractions. Rua Augusta is where you'll find many of the city's upscale hotels and restaurants, and Rua Oscar Freire is a shopping mecca.

Vila Madalena - this is the city's bohemian side, with an artsy flair and a raft of bars and nightclubs. It also has a popular dining scene along Rua Aspicuelta.

Itaim Bibi - this neighborhood at the edge of Ibirapuera Park has a hopping dining scene, and a good selection of mid-priced hotels like the Clarion and TRYP locations. It's also a popular residential neighborhood with a mostly younger crowd.

Most popular hotel in Sao Paulo by neighbourhood

Where to stay in popular areas of Sao Paulo

Most booked hotels in Sao Paulo

How to Get Around Sao Paulo

The Sao Paulo subway rail system has six lines that cover the city and suburbs, and it connects with an above-ground bus system that uses the fast lane - called Passa Rápido in Portuguese. A combination of public and private companies run more than 17,000 buses and trolley buses through the city as well. A one-way fare costs R$3.80. One caveat: The public transportation system is extremely busy and probably best avoided during rush hour.

There are two types of taxis in Sao Paulo. A conventional taxi charges roughly R$8.00 to R$10.50 for 1.25 miles. Luxury taxis are larger, and feature air conditioning and premium sound systems along with a uniformed driver. You can expect to pay about 40 to 50 percent more for these.

Traffic jams are a daily reality in Sao Paulo, and driving a car in the city is often a chore and an inefficient way to get around. A compact rental costs about R$50.00 per day and local providers include Avis and Budget. Street parking is somewhat risky in Sao Paulo and not recommended in some areas. There are many parking lots in the city, with average hourly rates starting at about R$11.50.

The Cost of Living in Sao Paulo

You'll find the international luxury brands and other upscale goods in the Jardins district on Oscar Freire, Lorena, or Haddock Lobo streets. The Cidade Jardim and JK shopping malls are alternatives with multiple brand name stores.

There are many supermarkets in Sao Paulo. Look for Casa Santa Luzia, which includes a section of prepared meals for cheap eats. Supermercado Pastorinho is also in the city's downtown area, along with many Asian markets like the Korea Mart. A quart of milk costs about R$3.45, and a dozen eggs is about R$6.55. Shop in beautiful style in the Mercadao Municipal, an Art Deco building from the 1930s outfitted with gorgeous stained glass windows and full of cafes and gourmet food stalls. 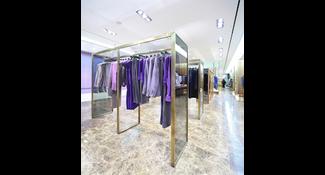 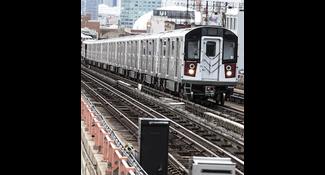 Where to Eat in Sao Paulo

D.O.M. has been on the list of the world's best restaurants for several years. Run by renowned chef Alex Atala, an imaginative menu of Brazilian fusion cuisine starts at about R$110 for main dishes. One of the city specialties is pizza, and Sao Paulo is home to a vast number of pizzerias. Bráz Pizzaria is the place to find gourmet pies with fresh local ingredients like catupiry cheese starting at R$50. Home to the largest urban Japanese population outside Japan, the city is a hotbed for Japanese cuisine. Lamen Kazu is a favorite with locals, with a menu of authentic Japanese dishes starting at R$25 or so.