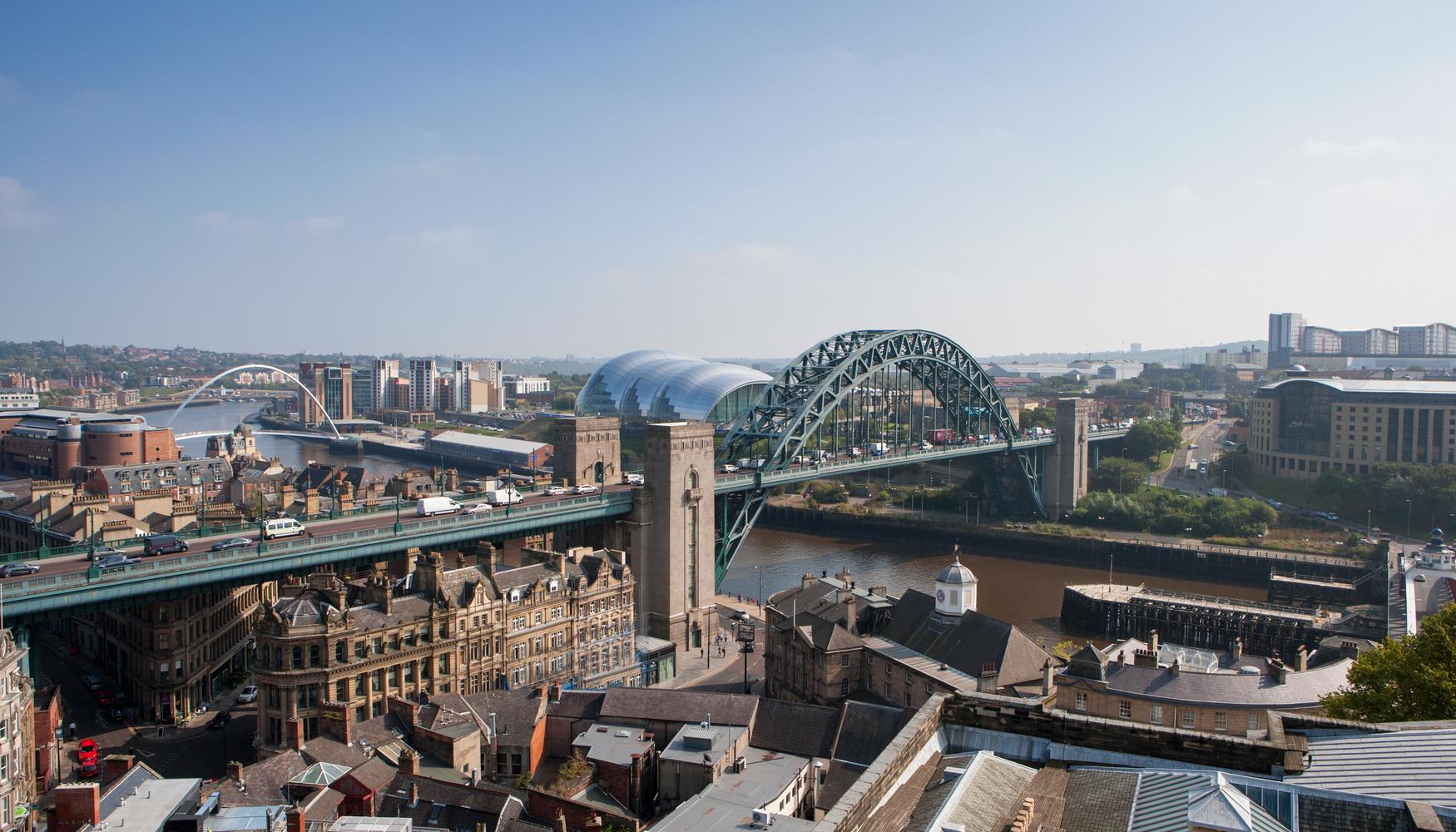 You're Going to Love Newcastle upon Tyne

Newcastle upon Tyne is a city of contrasts. Dating back to the second century, it retains many historical sights, which stand side by side with the modern world. Hadrian's Wall was built to span the width of England and protect the northern border of the Roman Empire, and there are still parts intact today in and around Newcastle. The Roman fort was replaced by a Norman 'new castle' in the 11th century and later a castle keep, which, along with the Black Gate, still stands on the banks of the River Tyne. 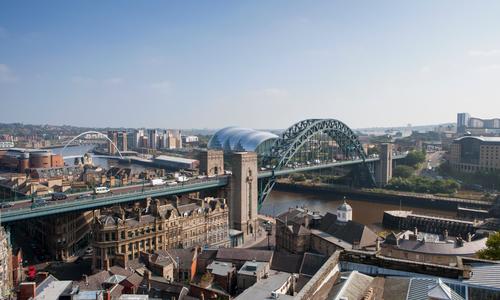 The fascinating history of Newcastle is apparent throughout the city, with various architectural eras visible. Ultra-modern buildings blend in seamlessly with the ancient, creating a mismatched combination that keeps sightseers interested at every turn. Newcastle has something for everyone, from museums, art galleries, and the Theatre Royal to a plethora of restaurants, nightclubs, and bars.

With a unique English dialect, the people of Newcastle are referred to as Geordies and considered among the friendliest in the country - you will be warmly welcomed wherever you go. Newcastle is paired culturally with the neighboring city Gateshead, which is located across the river. Many entertainment venues, including the Sage Gateshead concert hall and the Baltic Centre for Contemporary Art are on the riverside, linked by bridges to Newcastle.

Newcastle dates back to Roman times and displays both ruins and restored buildings from this era. From the 11th-century castle to 19th-century architecture, the sights never cease to amaze.

If you need a break from the city center, Leazes Park and the Town Moor are vast expanses of green just a few minutes away. Do some exercise, take a stroll or bike around, and feel like you're in the countryside without even leaving Newcastle.

The main focus of the city center is shopping. Everything is in one area around Northumberland Street and Eldon Square. From high street bargains to designer labels, there are stores to suit all budgets.

Catch a play or musical at the Theatre Royal, browse through the history of the area at the Discovery Museum or the Great North Museum, or view the latest exhibitions at the Laing Art Gallery.

Said to be the best nightlife destination in the country, Newcastle is popular with fun-seekers of all ages. The area around Central Station is hip and laid back, the Bigg Market area is full of energy, and the Quayside has bars to suit everyone.

When to Visit Newcastle upon Tyne

Newcastle upon Tyne in {1}

Summer is the most pleasant time of year to visit Newcastle. July and August see temperatures between 65 and 70 degrees Fahrenheit and very little - if any - rain.

How to Get to Newcastle upon Tyne

Newcastle International Airport (NCL) is less than seven miles from the city center. A connecting flight from London takes just over an hour. Taxis are available from the airport and will cost less than £10 to most destinations in the city. The rail system also links up to the city; a single ticket costs £3.30.

Trains arrive at Newcastle Central Station, which is located just minutes from the city center. Taxis, buses, or the subway can be taken to your final destination. Trains from London take around three hours. If booked well in advance, tickets can be as low as £40 rising to upwards of £100 for last-minute journeys.

Driving to Newcastle is straight forward from any direction. The A1 runs from Edinburgh to London and passes right by the city. The A69 runs from the west coast to the outskirts of Newcastle.

Taking the bus from London to Newcastle takes around eight hours or six overnight. While it is the slowest, bus is the cheapest form of transport for this journey. Long distance buses are usually referred to as coaches and stop at Newcastle Coach Station, which is a few minutes away from the train station.

Airports near Newcastle upon Tyne

Where to Stay in Newcastle upon Tyne

The majority of hotels are located near the river, usually up the hill that leads to the city center and overlooking the river from a height. Try the Copthorne Hotel or Malmaison. Budget hotels, such as Holiday Inn or Hotel Indigo, tend to be in the city center or surrounding areas, such as Jesmond or Gosforth.

The Quayside - revamped traditional buildings and new constructions house bars, clubs, and restaurants that make the Quayside a vibrant area both day and night.

City Center - with shopping, dining, museums, and art galleries all within walking distance, the city center is easy to navigate.

Jesmond - an area popular with students, there are a growing number of bars, restaurants, and coffee shops, as well as small, boutique stores.

Where to stay in popular areas of Newcastle upon Tyne

Most booked hotels in Newcastle upon Tyne

How to Get Around Newcastle upon Tyne

The Metro system is a light railway, which travels under and overground, covering Newcastle towards the coast and south of the River Tyne to South Shields and Sunderland. There are also plenty of bus routes to all surrounding destinations. Fares generally cost £2-3 within Newcastle.

There are various taxi ranks around the city, at the train station, and busy shopping or nightlife areas. Taking a taxi between two locations in Newcastle will cost under £10.

If you plan on staying in Newcastle and visiting other areas in North and South Tyneside, there is really no need for a rental car. If you want to travel further afield, a rental car may be worthwhile. The daily cost of a mid-sized car will be approximately £50 from companies such as Hertz, Europcar, or Avis. There are many parking lots and parking garages around the city that generally cost less than £10 for three hours.

Find a car hire in Newcastle upon Tyne

The Cost of Living in Newcastle upon Tyne

Shopping in Newcastle is centered around the Eldon Square shopping mall, which has all the major UK chain stores, as well as the surrounding streets, like Northumberland Street and Grey Street. There are department stores, including Fenwick and John Lewis, which are about on par with US prices.

Fenwick and Marks & Spencer have food halls offering groceries and ready-to-eat meals. Prices tend to be higher than at regular grocery stores, such as Tesco, Sainsbury's, and Waitrose, which are in or around Eldon Square. A loaf of bread, milk, and eggs will each cost £1-2. 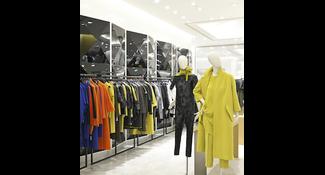 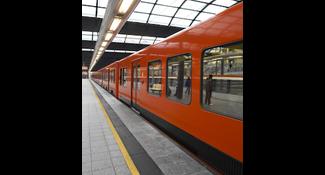 Where to Eat in Newcastle upon Tyne

Chinatown is located on Stowell Street; here, meals cost around £10. Restaurants are generally dotted around the city and offer a wide range of cuisines. A three-course meal at Marco Pierre White Steakhouse Bar & Grill will cost around £40 per person. The menu includes a range of steaks and classic French dishes with a modern twist. A meal from the set menu at Simply Greek Tavern will cost £18 per person, and the offering includes beef stifado and chicken souvlaki.