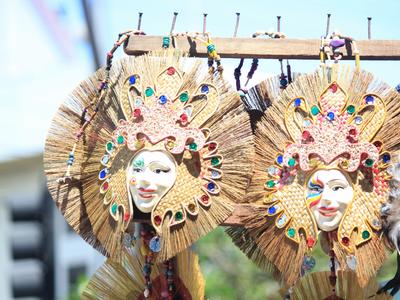 On board Cebu Pacific flights, cabin baggage should not exceed 22x14x9in. If your hand luggage is bigger, the Cebu Pacific assistance team will most likely ask you to pay extra for checked luggage.

Where does Cebu Pacific fly to?

What is Cebu Pacific’s primary hub?

Cebu Pacific concentrates most of its flight operations in Manila.

How does KAYAK find such low prices on Cebu Pacific flights?

KAYAK is a travel search engine, meaning that we continuously look across the web to find the best deals for our users. With over 2 billion flight queries processed yearly, we are able to display a variety of prices and options on flights from all airlines, including Cebu Pacific.

A budget-friendly airline that is based out of the Philippines, Cebu Pacific travels to over 50 destinations, with 27 of them being international. For those that would like to go somewhere in the Middle East, they can choose from countries like Saudi Arabia and the United Arab Emirates. If they would rather travel throughout Asia, examples of destinations include Cambodia, Vietnam, and China.

When flying with this airline, all travelers have Economy tickets. With an Economy ticket, travelers will be provided with certain perks and amenities, including the right to have a small carry-on bag in the cabin, basic snacks and beverages throughout the duration of the flight, and access to whatever in-flight entertainment is provided on the specific plane. Checked luggage and alcoholic beverages are not provided free of charge.

Cebu Pacific maintains a codeshare agreement with Garuda Indonesia in order to help provide additional flights. Along with other airlines, such as Tigerair and Vanilla Air, it is a member of the Value Alliance, the world’s only budget airline alliance. Additionally, it has its own subsidiary airline, which is Tigerair Philippines.

Out of the 53 planes that compose Cebu Pacific’s fleet, all of them are some type of Airbus. The Airbus A320-200 is most commonly used by the company, as it was specifically created for medium-range flights and is ideal for voyages between neighboring countries. For longer trips, such as between two different continents, the Airbus A330-300 is used instead, as it can fit up to 436 passengers and has a large fuel capacity that makes it perfect for long-haul flights.