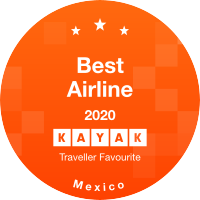 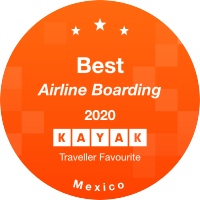 "The free drinks and good attitude" 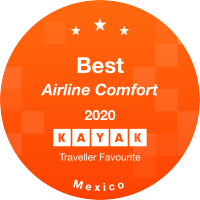 "The customer service was great." 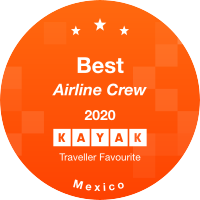 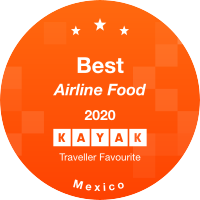 "Was a good flight."

A family-run business that prides itself on service and hospitality, Interjet is one of the largest operating Mexican airlines. It holds codeshare agreements with a number of carriers across the world, including American Airlines, British Airways, Japan Airlines and LATAM Airlines Group. A popular choice for flights to Latin America, it flies to countries such as Colombia, Peru, El Salvador and Costa Rica.

Interjet has their main hub in Mexico City, where you can find the majority of their fleet. The Airbus A320 family is their preferred series of aircraft, which range from capacities of 150 to 192 passengers. The airline also uses a number of Superjet 100s built by the Russian manufacturer Sukhoi, which are considerably smaller and carry roughly 93 passengers.

In 2014 it became the first airline in America to support the Electric Green Taxiing System, which helps reduce carbon emissions and fuel consumption. The procedure consists of the aircraft using their electrical energy rather than engines to get moving on the runway, saving as much as 4% of fuel in the process. A leading pioneer for eco-friendly travel, the company also completed the first biofuel powered flight in North America in 2011.

All customers on Interjet flights are seated in Economy, eliminating separated seating and preferential treatment. There are 4 fare categories, which provide different amounts of checked baggage and the ability to choose your seat. You can bring 2 carry-on bags weighing a combined 22 lb. Complimentary snacks and drinks are offered to all passengers on every flight route.

As the situation changes with coronavirus (COVID-19), Interjet will continually update its policies accordingly. Please contact Interjet directly for the latest information about cancellation fees. You can find the most up-to-date information on Interjet policies here: Interjet Travel Advisories & Policies